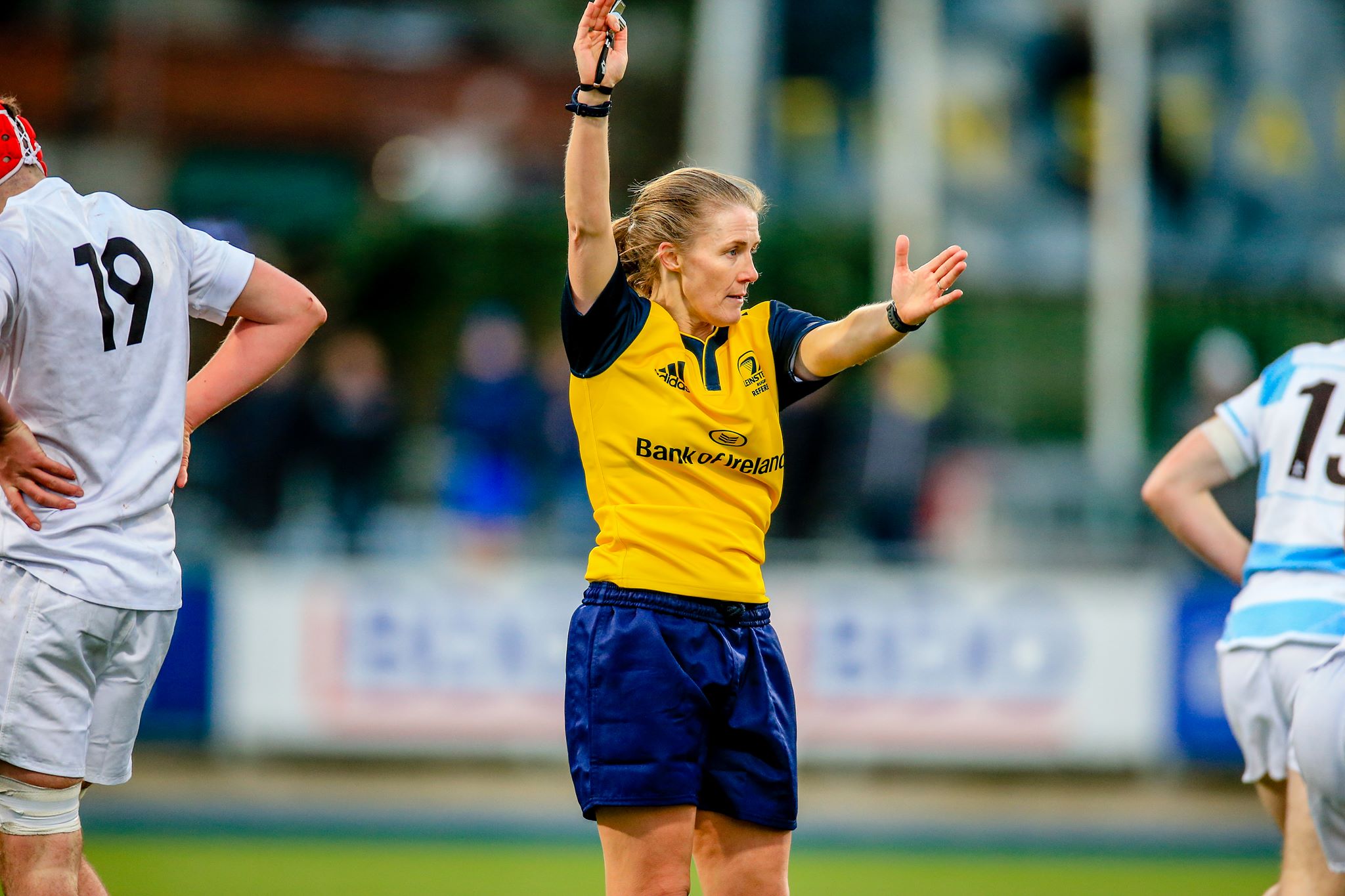 Welcome to another edition of referees corner and a very warm welcome to today’s European Cup game. It was great to see the match day program back in print last week and we appreciate all the great feedback on Referees Corner.

Today’s match referee is Luc Ramos from France. Luc was born on 02/14/1991 . He comes from the Languedoc Referee Association in Southern France. He joined the French Pro D2 referee group in June 2015 after moving quickly through the ranks of junior refereeing. Since his appointment in the Elite of French Rugby (in 2019) he has evolved very regularly at the highest level and has already had 4 TOP 14 matches this season (Perpignan / Brive, Toulouse / Racing, Pau / Toulon and Montpellier / Lyon). He was also involved in the 2022 U20 Six Nations and the Autumn Internationals. Today he will be assisted by Jérémy Rozier (France) and Adrien Descottes (France) along with TMO Denis Grenouillet. We wish them well today. Please show them the respect they deserve.

It is great to see some Leinster referees in action with their IRFU counterparts this weekend. Paul Haycock is in action tomorrow assisting Frank Murphy and Eoghan Cross in Lyon who take on Saracens. Brian MacNeice is TMO for Leicester Tigers against ASM Clermont Auvergne with Andrew Brace in the middle assisted by Peter Martin and Oisin Quinn on the sides. In the Challenge Cup Padraic Reidy is on the line for Chris Busby for the meeting of Toyota Cheetahs and Scarlets with Dan Carons on the other line and Olly Hodges in the TMO box. A very busy weekend for Leinster and Irish referees. We wish them all well.

There were many questions as to why Christophe Ridley was refereeing in the URC a couple of weeks ago. This was all a part of the planning ahead of the European weekends for last and this weekend, with referees given one or two cross-border assignments to prepare themselves both for the differing conditions and nuances in the respective rugby cultures. Luke Pearce was refereeing in the pouring rain in Clermont-Ferrand on the same weekend, followed shortly after by Craig Evans officiating in some equally atrocious weather in Toulouse. Andrew Brace opened up the Premiership on the same weekend and then there was Christophe Ridley in Dublin. We also saw Ben Blain of the SRU in Johannesburg on Sunday. Quite an interesting experiment.

It was great to see Joy Neville speak out about the abuse rugby referees continue to receive from fans and competitors. At the same time it is a pity she has to say anything at all. Neville, who took charge of the 2017 Rugby World Cup final, spoke out after recent abuses on social media by fans, and the heavily publicised antics of South African coach Rassie Erasmus.

Speaking to Rugby World, Neville said that the social media abuse of officials was “dangerous” and encouraged World Rugby to do more to halt it. She said that she did not like the lack of accountability for those who attack referees online:

“I don’t like social media, it’s used as a weapon by people and I don’t like the lack of accountability. I’m nearly 40, I have a great support structure at home but I do worry about young people who don’t have that life experience. I do really think social media is dangerous.

We put a lot of pressure on ourselves as a group, we know we are there to create a platform for teams to play so it’s important for us to be physically and mentally in the best shape. So pressure comes internally and externally. You have to have mental strength to filter negative stuff.”

Let’s hope that recent crackdowns on abuse, directed at referees, by the IRFU, Leinster Rugby, Clubs and other associations helps reduce the number of referee abuse cases and allows us all to enjoy the game we love.

Finally as this is the last home game of 2022, we wish everyone a Very Happy Christmas and a Prosperous New Year. See you on New Year’s Day for another Referees Corner!!