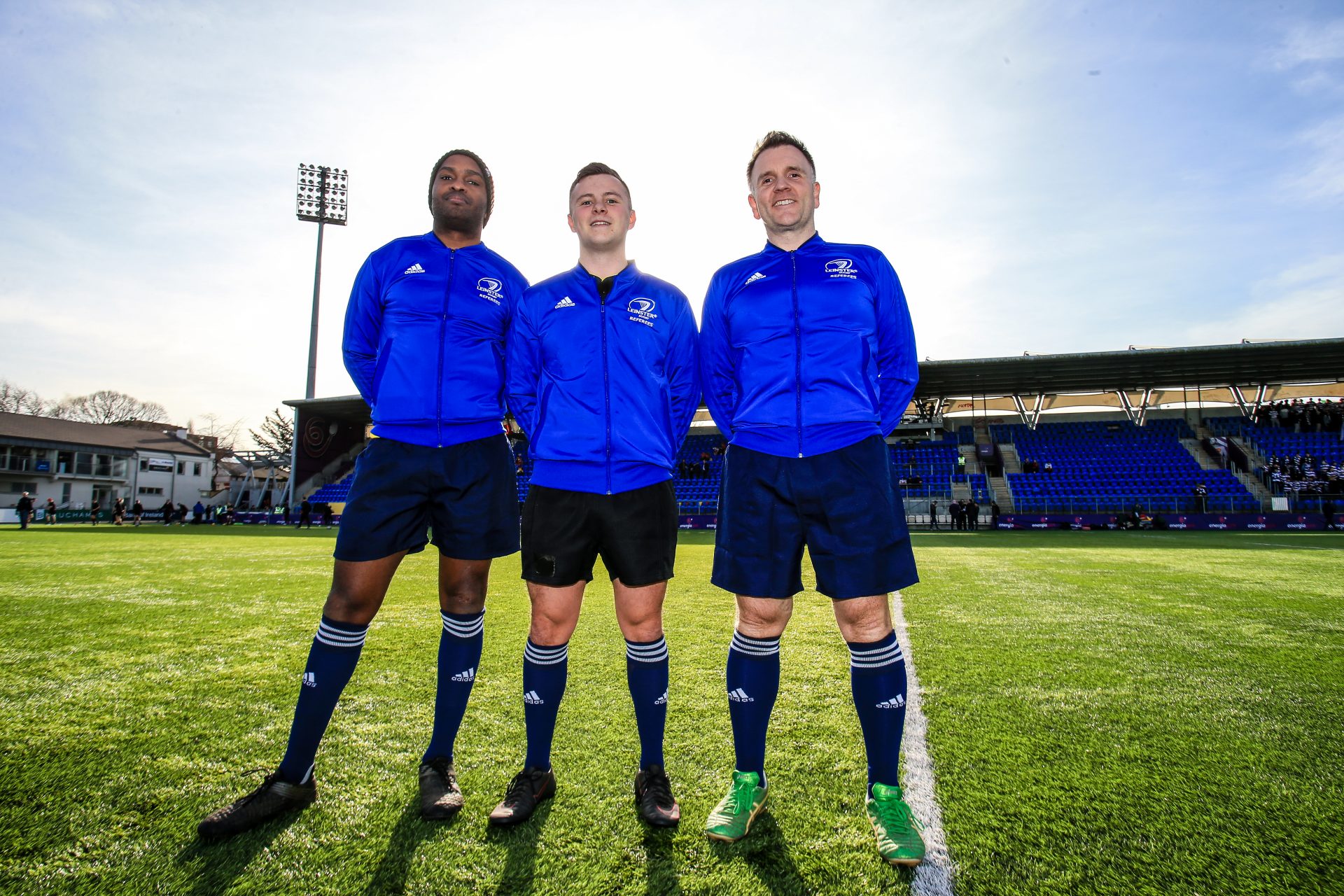 Welcome to another edition of referees corner and a very warm welcome to today’s game. The match referee for this game is French born, RFU referee Christophe Ridley. He is ably assisted by Oisin Quinn and Kieran Barry.  Previously a student at the University of Gloucestershire,Ridley began refereeing professionally in 2016 after injury whilst playing for Leicester. He has been a regular referee in Premiership Rugby and has also refereed in the European Rugby Champions Cup and EPCR Challenge Cup. He made his debut refereeing in the 2021–22 United Rugby Championship, refereeing the match between Munster and Leinster – he seems keen on these big derbies. For the refereeing enthusiasts amongst you there is a great podcast with Christophe on the Sport Stories Podcast from 2021. A great quote from him in this podcast which I think we can all apply to refereeing and possibly everyday life is “Its perfectly normal to have doubt and perfectly normal to think you have it sussed”. Best of luck today to Christophe and his team.

Congratulations to Tappe Henning, winner of the World Rugby Referee Award in recognition of his contribution to refereeing both on and off the field. He is the current head of match officials at URC. Henning will be responsible for overseeing match official selections for URC fixtures, leading the review and analysis process alongside the five union referee managers from across the URC and identifying new refereeing talent. The referees themselves remain contracted to their own Unions in the URC, rather than being centrally governed and managed.

Congratulations also to some of our new referees who recently passed their trials and became full members of the Leinster Rugby Referees. They are Euan O’Riordan, Eze Olivera Roldan, Fergus Balfe, Owen Keane and Caoimhe Morris.  These referees attended our new referee course in August and attended a series of workshops in Leinster following on from that, unde the guidance of Sean Gallagher. They then received a trial pass and started to referee each week where they were evaluated and coached and finally refereed their trial game. So what next for them? After graduating from the trial panel and attending a wide range of courses, they will join the Level 1 and Level 2 panels, which is for referees with medium to long term potential where they will referee up to Junior League level. They will also attend a number of coaching workshops and hopefully move up the ranks like Robbie Jenkinson, who we interviewed last week.

This month’s Area Meetings will wrap up 2022 for our referees and evaluators. They take place right across the province in Mullingar, Enniscorthy, Ashbourne and Lansdowne rugby clubs and the Silken Thomas public house in Kildare where the North Midlands refereeing family will also have a celebration of the year gone. This month we focus on Set Piece with Mitch Enderby, the recently engaged Glenn Sheridan (congrats Glenn), John Carvill, Paul O’Connor and Colm Roche talking through our setup routine and management of the scrum and lineout, which is especially important now that the winter weather has arrived.

The European Cup kicks off next week. It is great to see some Leinster referees in action with their IRFU counterparts. Brian MacNeice will be in the TMO box for Stade Rochelais versus Northampton Saints – Andy Brace is in the middle with Peter Martin and Oisin Quinn. Andre Cole is AR1 for Castres v Exeter with Frank Murphy in the middle and Dan Carson on the other line. In the Challenge Cup – Dermot Blake is on the line for Stade Francais Paris versus Benetton Rugby with Eoghan Cross in the middle and Jonny Erskine on the other line. Leo Colgan is the TMO. Finally, Robbie Jenkinson makes his Challenge Cup debut on the line for USAP versus Bristol Bears with Chris Busby in the middle and Dan Carson on the other line. Olly Hodges is a TMO. A very busy weekend for Leinster and Irish referees. We wish them all well.