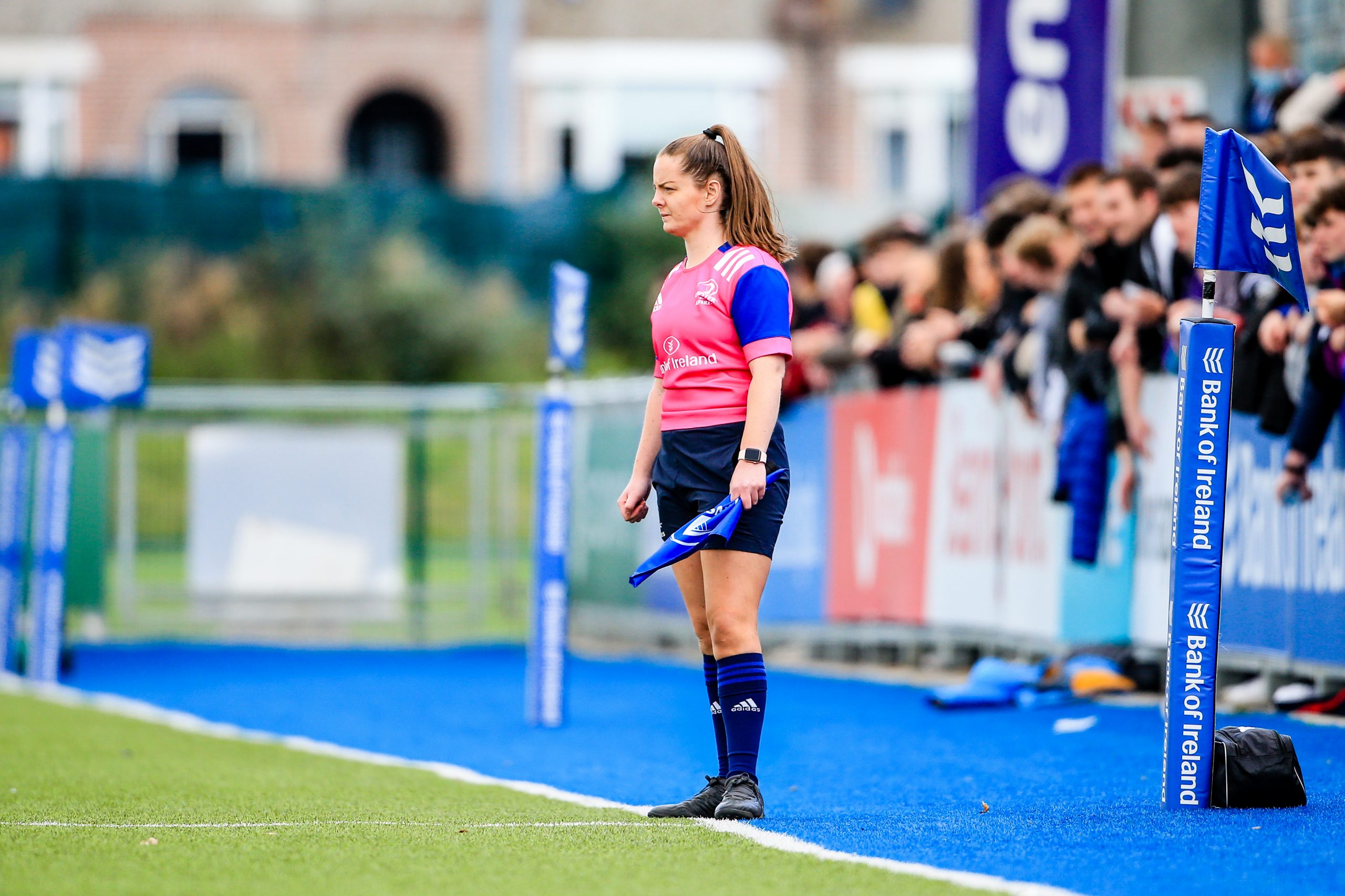 Welcome to another edition of Referees Corner and a warm welcome to Frank Murphy, today’s match referee and his team. Frank is a former rugby player. Originally from Cork, Murphy played for his native province of Munster before moving to the English side Leicester Tigers, with whom he won a Premiership title, and then finished his career with Connacht, another Irish province, making over 100 appearances for the side.

He began refereeing in the All-Ireland League in 2015, progressing to referee in the British and Irish Cup later that year. He began refereeing at international level in 2016, and has taken charge of games in the European Nations Cup. In November 2016, Murphy took charge of his first Pro12 game, and has since gone on to referee in the Challenge Cup at European level.

Last week I had a chance to catch up with Katie Byrne. Katie is a Leinster Rugby Referee, currently progressing speedily through the ranks in Leinster with aspirations for All Ireland league.

Wishing Katie the very best for the season ahead and her IPAS games.