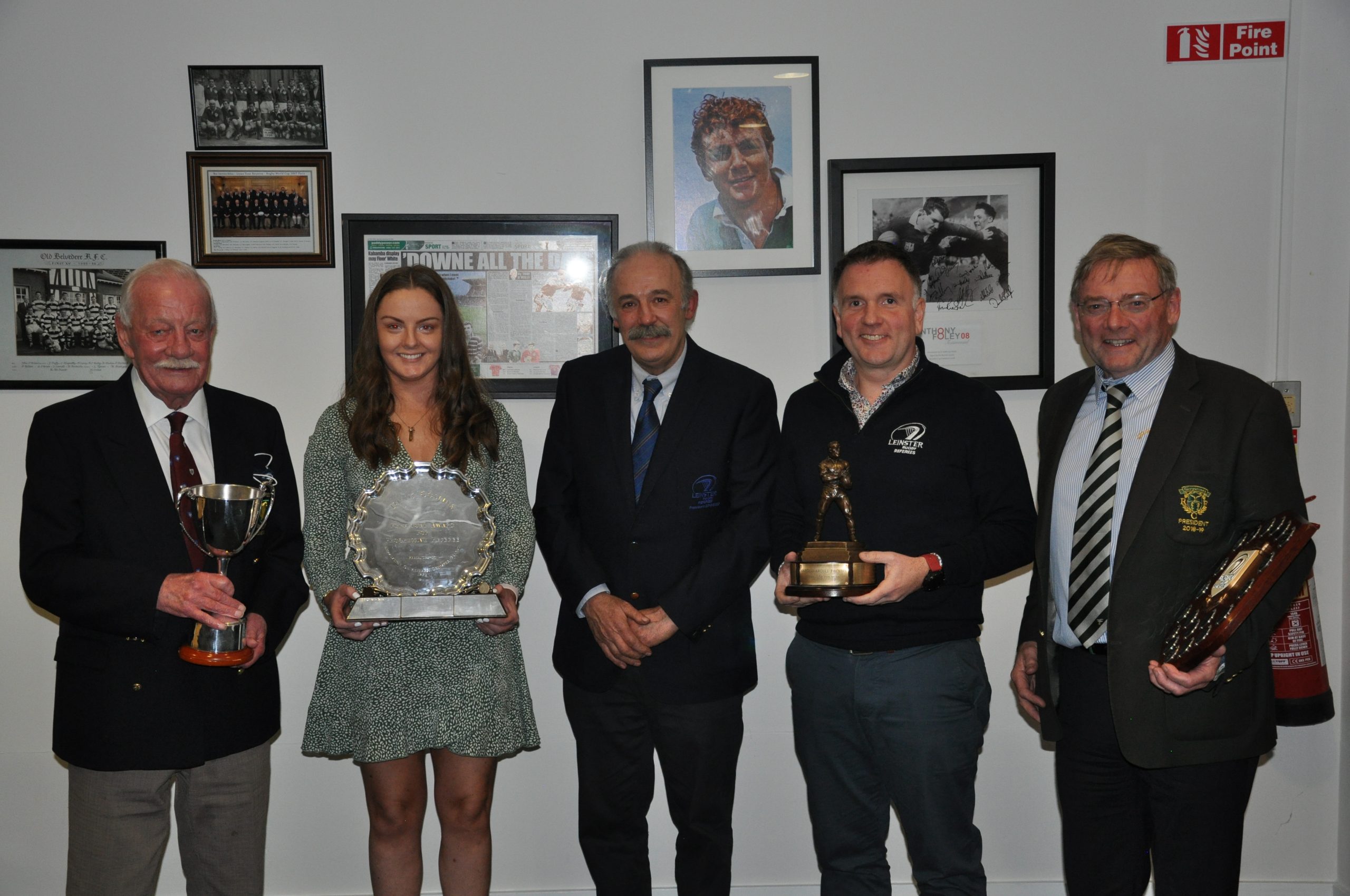 Welcome to the first Heineken Champions Cup Referees Corner of the season. A warm welcome to the man in the middle, Pierre Brousset. Pierre was the man in the middle when we took on Northampton Saints last season. The Top 14 referee was promoted to the World Rugby panel for the rugby sevens season in 2017 and was chosen by the World Rugby match officials selection panel to represent France during the 2016-2017 season of the 7-a-side world circuit . In 2019 he was promoted to the French National Panel. After Romain Poite, Jérôme Garcès, Pascal Gaüzère, Mathieu Raynal and Alexandre Ruiz, the FFR now has  six referees at the highest level with Brousset. Best of luck to him today.

Every year during our annual dinner we hand out our annual awards. Sadly this event has not taken place in recent times. There are five main awards, one for lifetime achievement – the Ham Lambert Award (2018/19 Pierce Fitzpatrick), one for referee of the year – the Harold Ardill Award (2018/19 Robbie O’Flynn), one for Referee Performance of the Year – the Alain Rolland Award which was introduced in 2015 year (2018/19 Colm Roche ) – one for club of the year – the Terry Doyle Memorial Award (2018/19 Old Wesley RFC) and the Denis Collins Perpetual Award for Progressive Referee which has been recently added. The club of the year award is voted by the active referees of the association. Due to Covid restrictions a small ceremony took place before the Leinster v Ulster game and we are delighted to announce and congratulate this years winners:

Terry Doyle Memorial Award for Club of the Year: Greystones RFC. A super club and a clear winner in the voting process from the active referees.

Ham Lambert LifeTime Achievement Award: Bryan O Neill (Lansdowne FC) Bryan is a long time member of the Leinster Rugby Referees and former president who has given great service to the association.

Harry Ardil Referee of the Year: Simon ‘Nigel’ Owens (Old Wesley RFC) Simon has held multiple roles in the association and has given a huge amount of free time to refereeing at all levels.

Alain Rolland Award for Refereeing Performance of the Year: Andrew Cole (Old Wesley RFC) Andrew is one of Ireland up and coming referees. He had a superb season in 2019/20 and continues to improve.

Denis Collins Perpetual Award for Progressive Referee: Katie Byrne (Tullamore RFC) Katie has shown huge potential since becoming a referee and continues to shine and rise through the ranks.

Well done to all the deserving winners.

The Leinster Rugby Referees held their latest New Referees Course on Saturday 30th October in St Michael’s College in Dublin. It was great to have 25 new trainee referees in attendance, representing schools and clubs from every corner of the province.

Seán Gallagher (Referee Development Manager) facilitated the course, where the trainee referees learned about the basic principles of refereeing. There were several guest speakers too – Hayley Whyte (Referee Administrator) presented on planning and preparation for referees, Sam Holt (National Panel Referee) presented on working as part of a match official team and Michael Kirk (Leinster Rugby Referee) shared his experience of becoming a referee over the past year.

The New Referees Course is just the first step for these new trainee referees. Over the coming weekends they will be appointed to referee and touch judge age-grade matches in their area. A group of experienced mentors will attend these matches to support them as they take to the pitch for the first time.

The trainee referees will also attend follow up workshops as they learn about the more technical areas of the game. In November they will learn about scrum and lineout, in January the topic will be refereeing the breakdown and in February they will explore game management.

Once these new match officials have completed the trainee referee process, they will become full members of the Leinster Rugby Referees and begin their journey on the IRFU Referee Pathway.

Seán Gallagher (Referee Development Manager) said, “It is very important that we consistently recruit, educate and develop new match officials each season. Our aim is to ensure that we have enough referees to cover all the age-grade and adult games each week and to develop quality match officials who will progress through the IRFU Referee Pathway”.