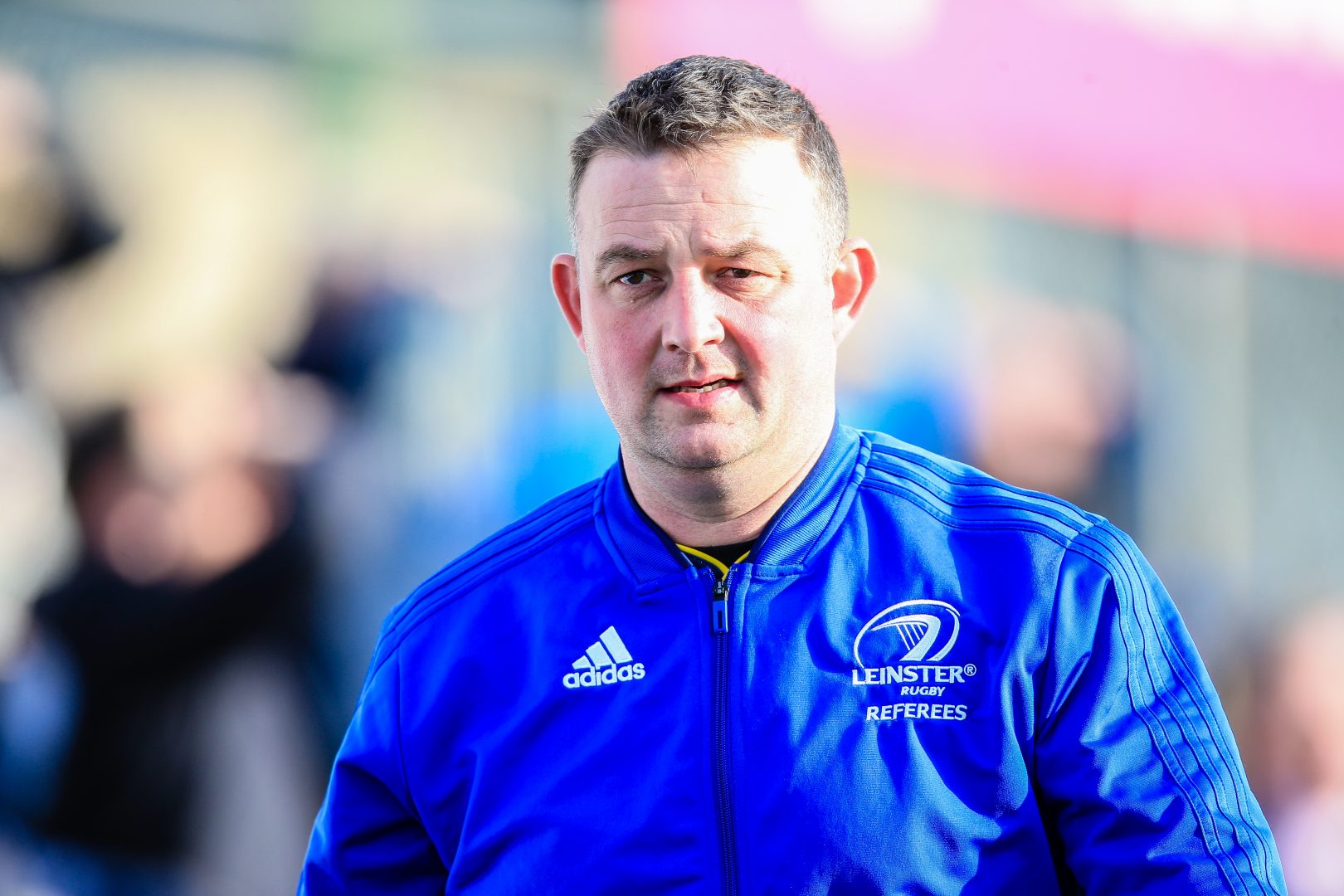 24 while playing rugby in New Zealand professionally. He played at outside half and was

coached by none other than Joe Schmidt in a successful Wilson’s School cup team. On his

return to Ireland after injury he wished to stay involved in the game, a return to playing

at lower levels was not possible after two unsuccessful attempts to return, so he decided

for the past 18 seasons and was even named Leinster referee of the year two seasons ago.

watch a referee officiate a game where you have a team involved.

the law and use the correct judgement in a game. Each game is different and you need to

be conscious of flash points and to maintain control. A successful game is when no one

discusses the referee and you are anonymous and the game just plays out.

Memorable Games? One recent game was a 2 leg tournament and the team for the return

leg had a 42 point deficit and managed to score 56 : 13 thereby clinching victory by one

point. Games like this stick in the memory and obviously the part of the referee is to

facilitate a match that is an enjoyable game!

Everyone knows that without a ref there is no game.

Do You Play Any Other Sports: Cricket during the Summer.

What do you do to stay fit: Farming every day of the week and five children is plenty.

Favourite Cartoon As A Kid: Tom & Jerry the originals ones from the 1940’s

Inspiration person: I suppose my brother Trevor has been a big influence

My Last Meal Would Be: Bacon and Cabbage

Stranded On An Island, What Are Your 3 Essential Items? Burgage’s Pub (my local),A

What Would You Buy With Your Last €50: Buy some sheep!