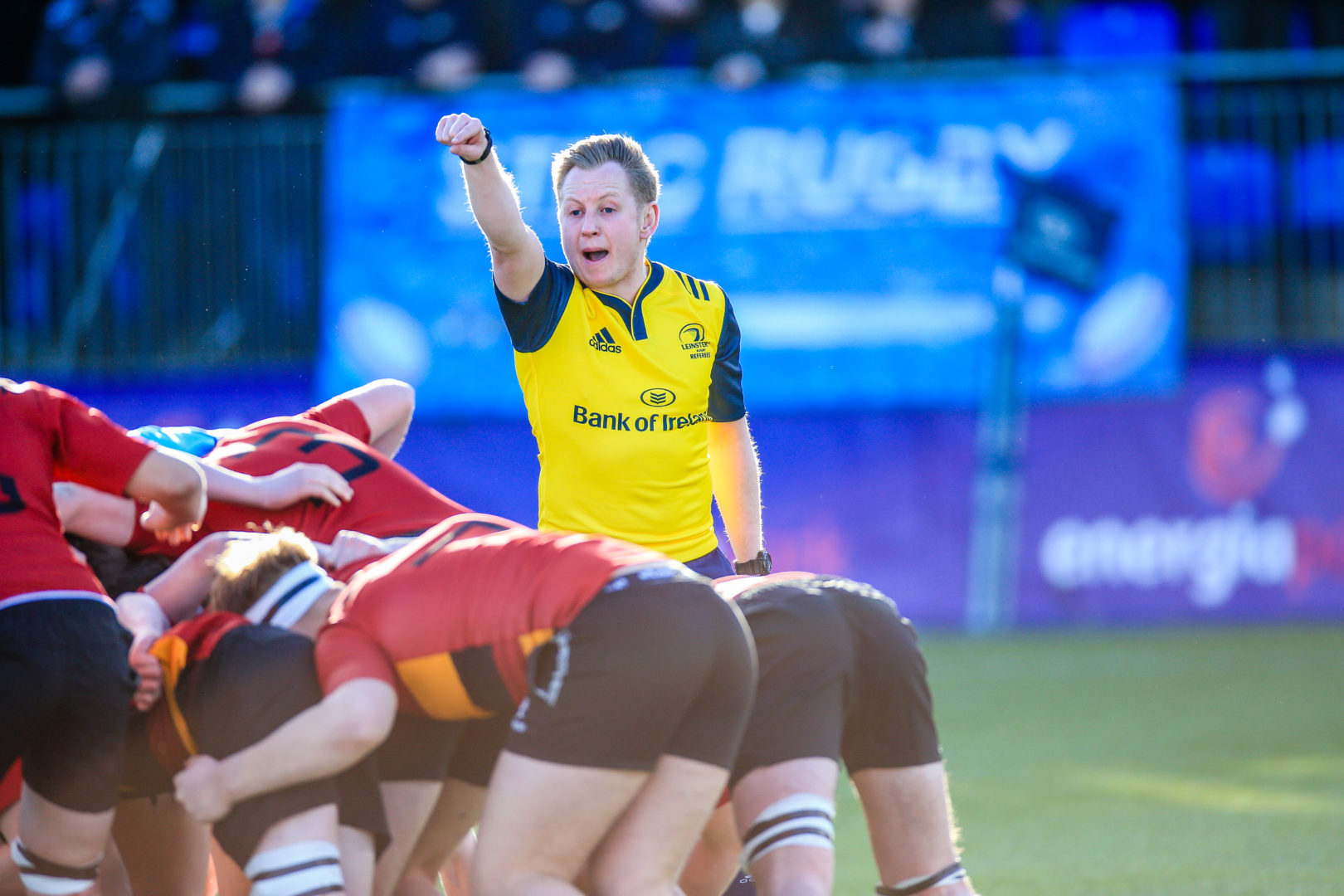 Wishing everyone a Happy New Year. A warm welcome to todays game and to todays match official Ben Whitehouse and his team from the Welsh Rugby Union. He is currently one of four professional referees at Welsh Rugby Union alongside Craig Evans, Dan Jones and Nigel Owens.

Whitehouse started refereeing at the age of 19, during the 2009/10 European season and since then he has come through the ranks at the Welsh Rugby Union, refereeing at the Union’ top level the Principality Premiership. He was part of the Welsh Rugby Union referees academy in 2013 and refereed in the 2014 Junior World Trophy.  Later that year, he appeared in his first B and I Cup.

He refereed his first professional game, Connacht v Zebre in the 2014/15 season and he also made his international debut, refereeing Belgium v Sweden. In the 2015/16 season, he became a regular appointment at Pro12 level, and made his first European appearance. He later made his Champions Cup debut, refereeing Leicester v Treviso. He had his first World Rugby international appointment, assistant referee for the second and third test of Ireland’s tour of South Africa. We wish him well today.

This weekend we also welcome a large number of prospective referees to our first New Referee Seminar of 2020. We look forward to seeing them out on the pitch in coming weeks. I was recently speaking to Paul Dolan about his first game back 5 years ago in 2015.

It was 2015 and it was my first adult male final, the Winters Cup between Terenure and D.L.S.P.  It had been raining heavily the morning of the game and to the great credit of the grounds man in St.Mary’s rugby club, who was out in the spilling rain trying to get the water off the pitch, the game went ahead to everyone’s relief.

Two weeks earlier, the administrator of Leinster Referees rang me to ask who I would like to have as my touch judges, a nice touch and it made the whole day that bit much more special.  I gave him two names of referees that I knew I could rely on to support me throughout the final. In the same way that players on the field trust in their team mates and know they have their back, a referee trusts in his or her team and know that they will provide support and helpful input during the game.

The game went ahead and Terenure came out the victors after a hotly contested final.  In the club bar after the game, my wife and seven month old son were there awaiting me, both of my fellow referees were also there and we shared a drink and story or two.  The captain of the winning team approached me with the cup and asked if I would like to have a photo taken with it and my young son. I was taken aback by his thoughtful gesture and the photo was captured.

I still have the photo, and will have it as a memento of my first final, the memories of that day will stay with me forever as it was day for rugby and friendship, on and off the field.

What a great memory. We all remember our first game as will all our new recruits.