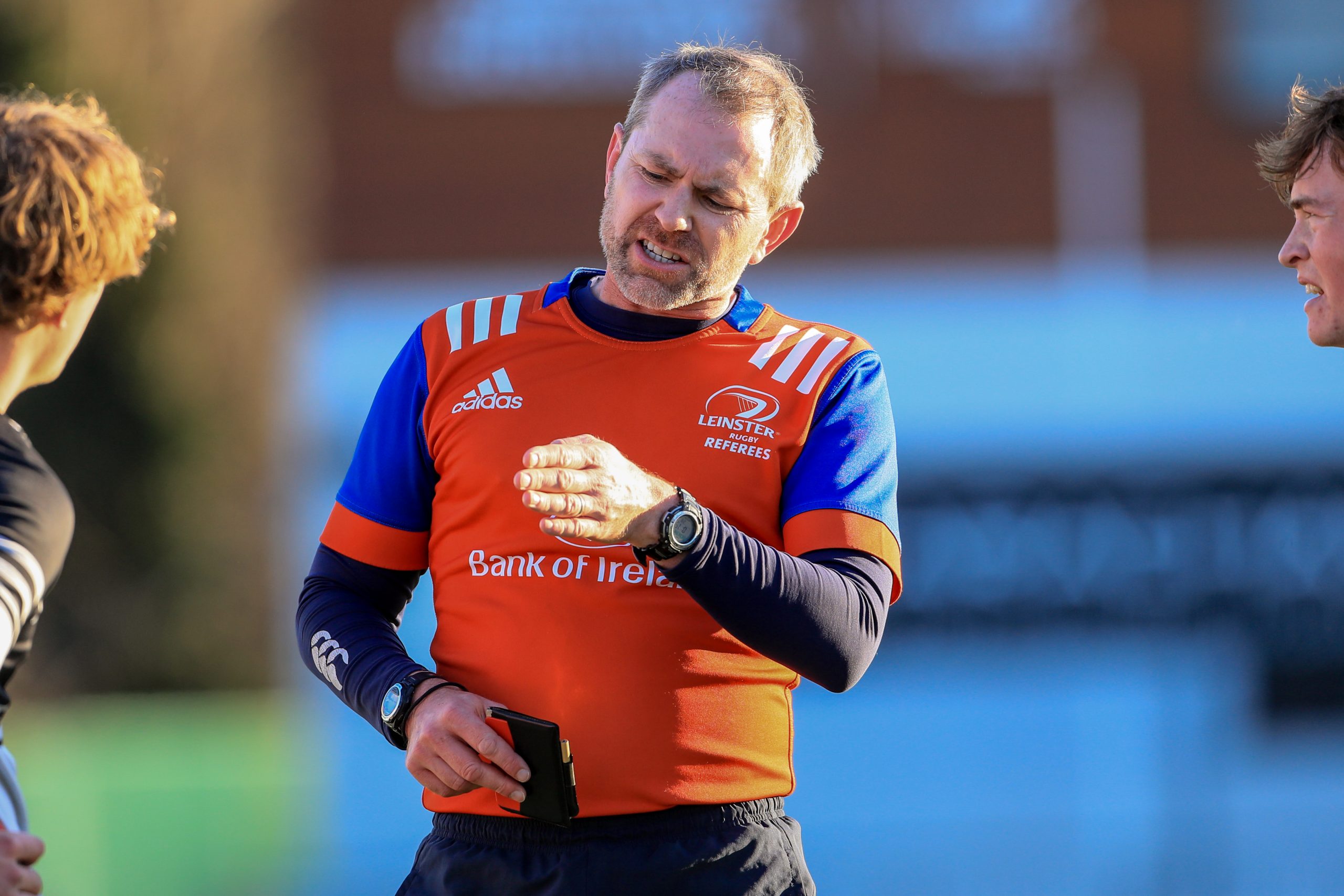 Happy New Year to everyone and welcome to our first Referees Corner of 2023!! Today Leinster welcome Connacht to the RDS and our match official is Eoghan Cross assisted by Chris Busby, Peter Martin with Leo Colgan in the TMO box, John Flynn and Mark Gargan as No4 and 5 and Dan Wallace on the clock.  Eoghan Cross is a member of Ireland’s referee High Performance Panel. Cross, born in Limerick, and a member of Young Munster, has been refereeing since 2016, being named Munster Rugby Referee of the year in 2020. This was after a successful playing career which saw him play in the AIL with the Young Munster from 2011-2013. Cross also played Ireland Schools in 2011 and was a member of the Munster Rugby sub-Academy for the 2011/2012 season.

He made his debut refereeing in the United Rugby Championship in Round 18 of the 2021–22 United Rugby Championship, officiating the fixture between Benetton and Cardiff. He had previously officiated matches during the 2022 Six Nations Under 20s Championship. He also refereed the 2022 AIL Final between Clontarf and Terenure College. He was recently appointed to the 2023 U20 Six Nations game between England and Wales. We wish him and his team well today.

Leinster Rugby will be holding a New Referees Course in the Riverside Park Hotel, Enniscorthy on Saturday 14, January 2023. The course is open to those aged 18 – 59, who would like to take up refereeing as a hobby and become members of Leinster Rugby Referees.

Referees provide a vital function in servicing all levels of the game. Whether you aspire to referee at the highest level or to referee locally, there is a place for you. There are excellent support structures to develop referees and a thriving social aspect too. We recently welcomed 4 new referees who went through the recruitment process and passed their trial in the South East

These referees join our Metro referees who recently passed their trials and became full members of the Leinster Rugby Referees. They are Euan O’Riordan, Eze Olivera Roldan, Fergus Balfe, Owen Keane and Caoimhe Morris.  These referees attended our new referee course in August and attended a series of workshops in Leinster following on from that, under the guidance of Sean Gallagher.

Please register your interest in attending the New Referees Course. Simply contact Seán Gallagher on sean.gallagher@irfu.ie  He is the Referee Development Manager and will be delighted to talk you through the process to get started.

World Rugby has confirmed the Emirates World Rugby Match Official appointments for the 2023 Guinness Six Nations, which runs from 4 February to 18 March. In total, fifteen match officials from eight nations will take charge of one match each during the championship as the road continues to Rugby World Cup 2023 in France. Ireland’s Andrew Brace will take charge of the Scotland v Wales and clash in Round 2 with Frank Murphy and Chris Busby as AR1 and 2 respectively and Leinster Rugby’s own Brian McNeice as TMO. Brian is also TMO for Wales v England!! Joy Neville is named as TMO for the final round game between France and Wales. We wish them all well.