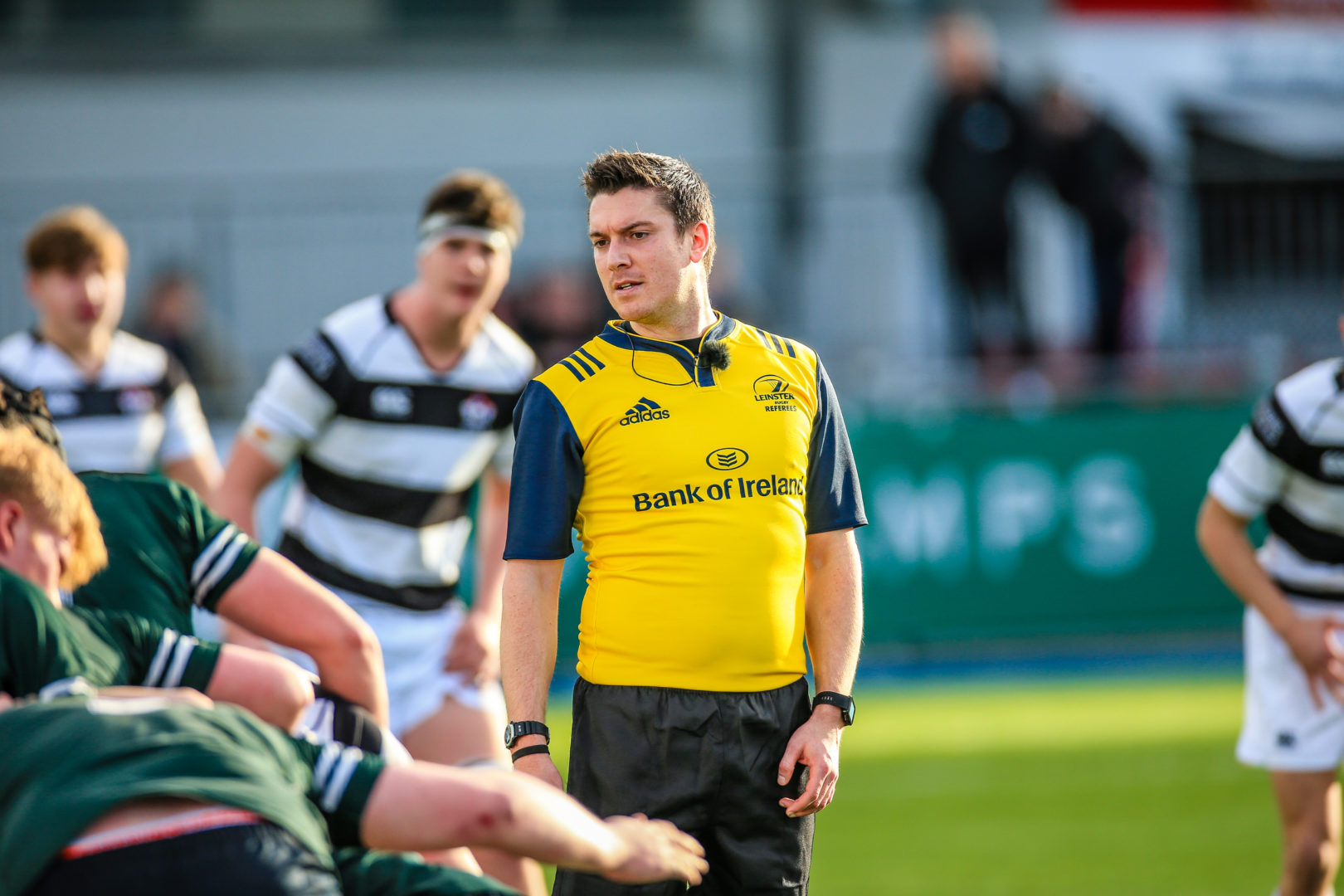 Welcome to another edition of Referees Corner. Wishing everyone involved with Leinster Rugby from players to supporters to referees to staff,  a very Happy Christmas and a prosperous new year.

Externally, ARLB members sit on various Leinster branch committees (Executive, Competitions and Rugby).  We also provide a representative to the IRFU Committee and the IRFU Referee Committee. The ARLB itself is organized into a structure as laid out by the rules of the association, this structure can be summarized as follows:

There are four standing committees covering Management, Rugby, Finance and Administration.  These are charged with operational matters, such as the refereeing of the game, all aspects of finance associated with its development, and the provision of administrative services.  There are also five Area representatives who sit on the executive committee and these five members provide regular monthly meetings/workshops across the various areas (Metro, North East, South East, North Midlands and Midlands) providing direct support for all our referees from those areas.

As you can see, our members are busy, both on and off the field and not just during the rugby season, but all year around.  The association is a vibrant one, continuously evolving, improving and setting itself new goals to achieve each and every season.

Each season the members of the ARLB nominate and elect those members they wish to represent them for the coming season onto the Leinster executive committee, which is chaired by Ciaran O’Brien (Railway Union RFC) and in total nine members are elected annually.

For the 2019/20 season the ARLB are fortunate to have some excellent people holding these positions.

Our president this season is Norman Carter (Roscrea RFC) and he is being supported by David Robb, Senior Vice President (Railway Union RFC) and Gordon Condell, Junior Vice President (Clondalkin RFC) with a goal for the season to ensure that every referee can achieve their potential with the possibility of refereeing at the highest level.  This season’s Honorary Secretary is Barry Armstrong (Terenure College RFC) and the Acting Honorary Treasurer is Keith Spendlove (Naas RFC).

The positions of former referees are held by Peter Donnelly (St Marys College RFC), Pat Carolan (Wicklow RFC), and active referees are Rose Alice Murphy (Old Belvedere RFC) and Graham Douglas (Balbriggan RFC).  Along with the nine elected members named above, there are five area representatives who are elected annually by their area members.

These elected members make up the executive committee of the ARLB and are trusted with the running of the association as well as its future direction and providing ongoing education to all of the members in the ARLB.

Below the executive committee are four main standing committees and they are chaired by the following members:

The ARLB as an association has many parts to it, those that our Junior and Senior rugby clubs see week in, week out throughout the season. With our active referees facilitating dozens of games per weekend from August to April.  Also providing Touch Judges and referees to All-Ireland league fixtures, schools fixtures, providing assessors and coaches to aid referee development. Even on the international stage, we provide TMOs, Citing Commissioners, ARs and Referees.

Behind all of those men and women is a great support network of very well managed and structured committees guiding the association forward year in, year out.  Collaborating and communicating with Leinster Rugby, the IRFU and all of the clubs within Leinster on a continuous basis. To all those volunteers who work tirelessly and professionally behind the scenes.  A great deal of gratitude is owed to you all.

Have you got what it takes? The Leinster Referees always need more referees and opting to become one may be the best decision you’ve made for a long time. We will have a new recruit’s course on January 11th.