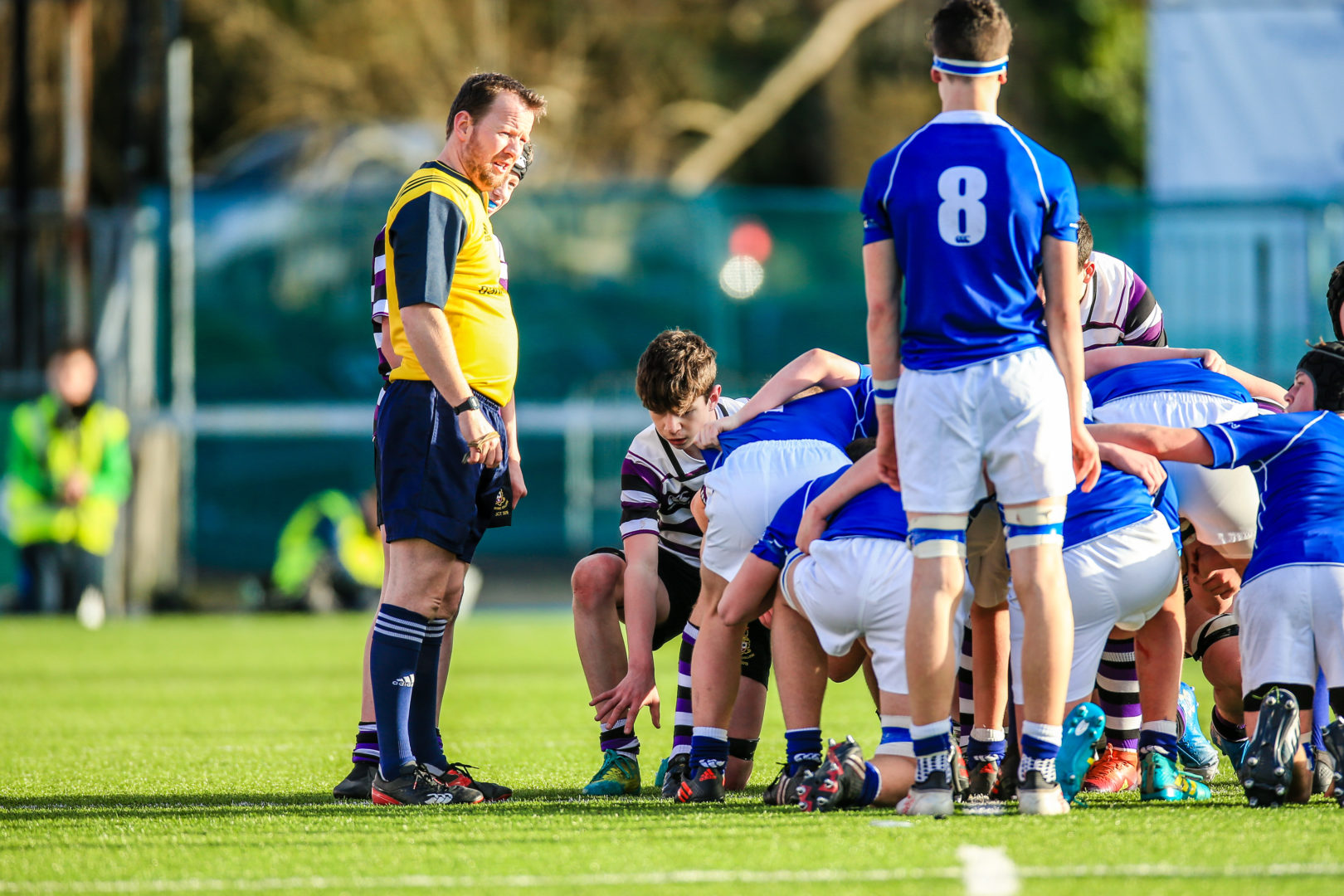 We start this week’s referee corner on another sad note. Our refereeing colleague and good friend Declan Mahon passed away on November 22nd after a short illness. If you look up “Great club man” in the dictionary, Declan’s photo was beside the definition. Not only was he a great club man for his home club Ashbourne but he was also a great club man for the Leinster Rugby Referees. Whenever he was asked to do something Declan did it without question. He gave the referees a lot and we thank him for that. He also always made sure that any visiting referee was well looked after in Ashbourne, both before and after the game, no matter what the result.

He welcomed referees through the club’s door like it was his home. Declan was one main of the reasons they have won club of the year so many times. Our condolences go to his family, his grandchildren and all the extended Mahon family. We also pass our condolences to the many friends and colleagues he has within our refereeing community, and Ashbourne Rugby Club. He will be greatly missed.

Today’s match referee is Pierre Brousset from France and was the man in the middle when we took on Benetton in Round 1 last season. The Top 14 referee was promoted to the World Rugby panel for the rugby sevens season in 2017 and was chosen by the World Rugby match officials selection panel to represent France during the 2016-2017 season of the 7-a-side world circuit . In 2019 he was promoted to the French National Panel. After Romain Poite, Jérôme Garcès, Pascal Gaüzère, Mathieu Raynal and Alexandre Ruiz, the FFR now has  six referees at the highest level with Brousset. Until then this young man of 30 combined two professional activities. Sports educator for young people with mental disabilities for the association AJH (Association of Young Handicapped Persons), he was also involved for five years in a family hotel-restaurant,  Les Palmiers, run by his brother, chef, his parents, as well as his wife.

Pierre Brousset’s career as a referee began, as for many, by chance. A player in Rieumes, like his father before him, he chose to devote himself to refereeing very early on: “  I was a player  until the age of 20. I had the opportunity to  take the referee exam a bit by chance  while talking to someone about refereeing;  I told myself that it could be interesting to know the rule well. It started  like that, at 17. “His progress is then dazzling:”  I did two or three  years at the territorial level, then a season  in Federal 3, two in Federal 2, one in  Federal 1 and two in Pro D2. This is currently  my third in Top 14. I had luck at the right time. “

In the summer of 2016, after having passed, in just six years, from the Federal 3 to the Top 14, he validated his first international experience during the final of the World University Championship 7, in Swansea, Wales. We wish him well today.

Continuing on from the previous two months, the November Area Meetings took place online. The North East and North Midlands combined for the Monday workshop while the Midlands and South East combined for the Thursday workshop. The Metro had a standalone workshop on the Tuesday. All meetings will take place on Zoom once again and were facilitated by Leinster Referee Development Officer, Sam Holt.

The topic for November was The Breakdown, a hot topic at the moment and featured a variety of clips from the domestic game that were discussed at some length on the night.

It was also great to see over 200+ referees from Leinster Rugby Referee, Munster Association of Referees, Association Of Referees Connacht Branch & the Ulster Society for Rugby Football Referee all online a couple of weeks ago to watch the Irish Rugby Referee Department Seminar “Mental Skills in Rugby Refereeing” with Dr. Tadhg MacIntyre.

The education of referees and assessors has continued during the recent Level 5 restrictions. It is an important aspect of refereeing life. All our referees are looking forward to getting back on the pitch as soon possible as I am sure are the players.