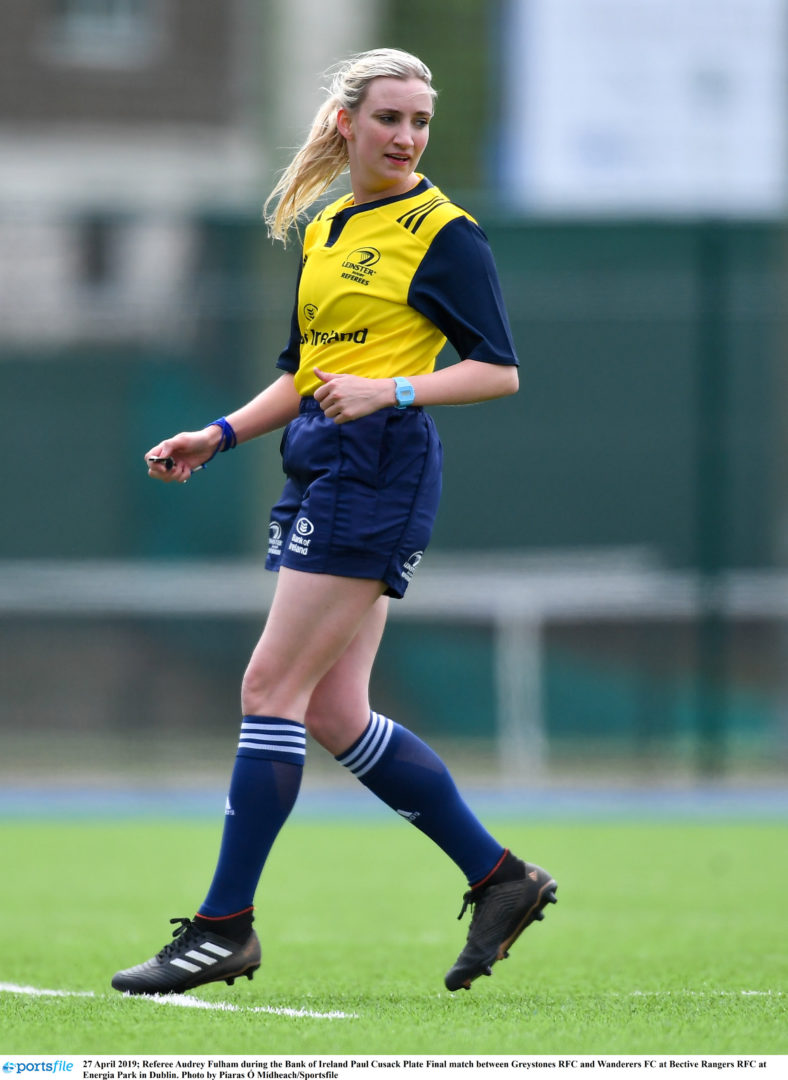 A warm welcome to today’s match official Pierre Brousset from France. Pierre is one of Frances up and coming referees.  He has refereed a number of games on the sevens circuit and use to play out half as a youth. In his own words – What is a good referee ? “It’s the one that ensures the rules for the fairness and safety of players,” he says. “He has to put the framework while finding the balance to accompany the game, to create exchange and communication. So, I use my experience to convey trust to the players in front of me. It is necessary to be realistic, reflect and draw the positive from each situation “, explains the man with the whistle.

Before adding: “Every sport has its specialty: the complexity of the rules, the character, the behavior. In rugby, we are lucky to have this notion of respect that is very strong and rooted. Establishing a good relationship with the players is possible for us and they respect us. We referees are the guarantors of that. We must maintain a framework of firmness while maintaining an exchange.”

Some wise words there for all referees. We hope he has a great game today and enjoys his RDS experience.

The rugby world cup saw some notable retirements from the world of World Cup refereeing. Wayne Barnes hangs up his whistle after over 200 Premiership matches, and over 81 test matches his barrister career awaits without the incessant traveling, training, analysis and preparation that goes along with being a professional referee. He will be well remembered as a match official with the empathy and authority that so many aspire to. Jerome Garces, who refereed the final superbly also hangs up his whistle after over 55 test matches including 3 World Cups. Garces graduated to the International Rugby Board’s elite panel in 2010, a year after he made his representative bow at the Junior World Championship in Japan. Nigel Owens is also due to retire. He made his international debut when Portugal hosted Georgia in Lisbon in 2004 and the following year took charge of a major nation for the first time when he officiated in Ireland’s win over Japan in Osaka. He has referred over 100 European games as well as over 150 Pro 14 games. All 3 will be badly missed.

The U20 Conroy Cup Inter-Varsities on Saturday 26th October in Terenure College RFC. Audrey Fulham refereed the final between UCD (7) and Dublin University (6). Audrey is one of Leinster Rugby Referees up and coming officials and she had a superb game in the middle. She was ably assisted by Marco Pietri,  and Marcus Lynch.

I want to referee

Referees provide a vital function in servicing all levels of the game. Refereeing is a fantastic hobby. Weather you have aspirations to referee at the highest level or referee underage rugby in your area the enjoyment factor and the benefits are great.

If interested you should make contact with the referee development manager / officer in Leinster (details below). He will talk you though the process in detail and let you know when the next available recruits course in set to take place.

The new recruits course is a daylong course and on completion participants can apply to become members of their provincial referee association / society. Beginner referees will receive ongoing mentoring and development support. Progression is purely based on ability and commitment.

Ideal candidates should:
– Be reasonably fit
– Have a good understanding of the game
– Be available to commit to at least 15 games per season

Should you only wish to referee matches involving your own club or school then the Club and School Affiliate Referee Scheme is best suited to you.