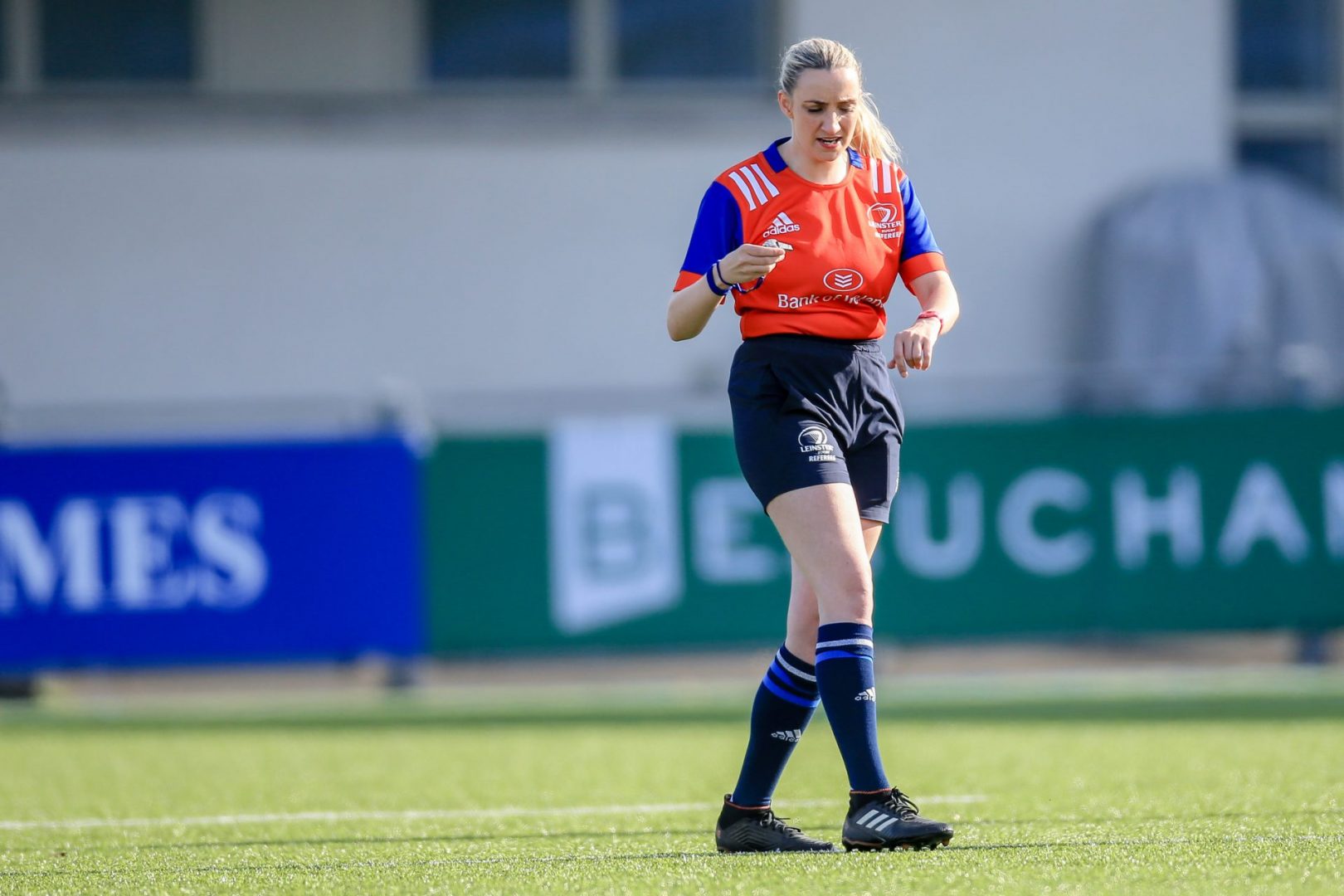 Welcome to another edition of Referees Corner. It is great to be back in the RDS again and we look forward to seeing a full house soon. Today’s referee is Marius van der Westhuizen from South Africa, an experienced Super Rugby and Currie Cup referee. He will be assisted by USRFR referee Stuart Gaffikin and Shane Kierans of the MAR. The TMO is Adriaan Jacobs of SARU. Marius was born in Cape Town, South Africa. He started refereeing first class matches in 2011, making his debut in the 2011 Vodacom Cup match between the Free State Cheetahs and the Falcons in Bloemfontein and took charge of ten matches in the 2011 Under-19 and Under-21 Provincial Championships. He became a referee on the IRB Sevens World Series circuit and was the man in charge of the 2013 Hong Kong Sevens final in just his third tournament.He was also named on the refereeing panel for the 2013 Rugby World Cup Sevens in Moscow.He was named on SANZAR‘s referee list for the 2014 Super Rugby season and was in charge of his first Super Rugby match when the Lions met the Crusaders in Johannesburg. He also officiated at the 2014 Commonwealth Games in Glasgow. We wish him a warm welcome today.

What about advantage ref?

A familiar cry across rugby pitches, sofas and commentary boxes. The advantage Law allows the game to be more continuous and have fewer stoppages. Sometimes, during a game, an infringement of the Laws may be committed where a stoppage in play would deprive the non-offending team of an opportunity to score. Even though the Laws state that the non-offending team should be awarded a penalty, free-kick or scrum, they are given the opportunity to continue with open play and attempt to score a try. In this instance, the referee will allow play to continue rather than penalise the offence but the referee cannot always do that.

I was watching a URC game last week. The commentator, an experienced rugby spectator, and a former Irish international, expressed unhappiness when the referee blew up for a penalty as one team whipped the ball away. In this instance the referee was right, the commentators wrong as the scrum had both gone through 90 degrees and the front row has popped up.

Both c and d applied here. It is a short law but an important one. The World Rugby Law app is well worth downloading and is available at https://www.world.rugby/the-game/laws/home I often find myself referring to it while attending games, mainly to make sure I am right and my mates are wrong.

Finally we have some great, live, in person area meetings (under current guidelines) across the province in Lansdowne, Navan, Enniscorthy, Newbridge and Tullamore with Sean Gallagher. This month we focused on foul play and also took a look at some examples of the Global Laws Trials in action over the last few weeks. Everyone is still getting used to them – more at https://www.world.rugby/the-game/laws/global-law-trials We circulated some clips through the groups during each meeting so group discussions could take place. It was a very educational session.