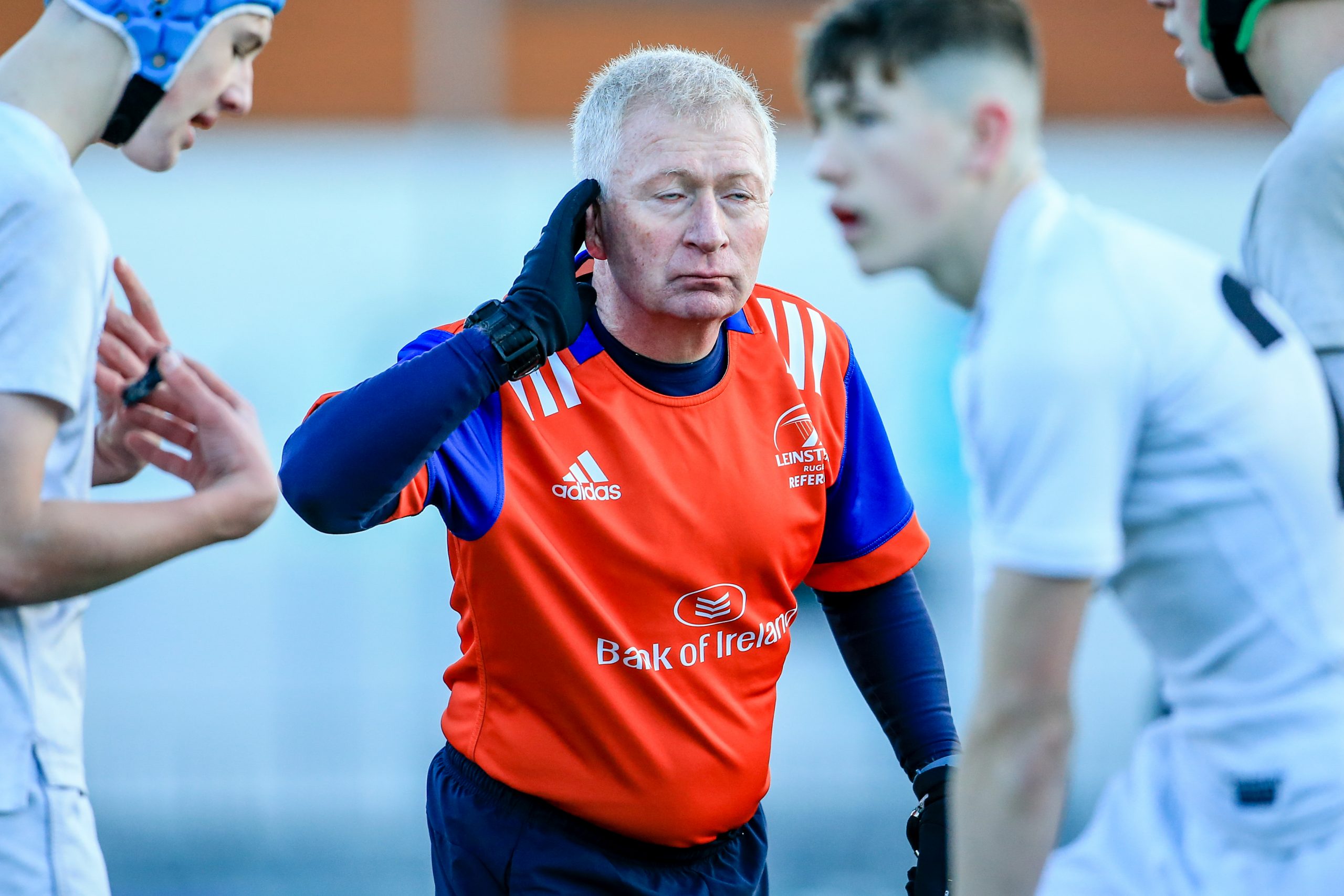 A warm welcome to the Aviva Stadium for today’s encounter with Toulouse, and another edition of referees corner. Today’s match officiating team is Karl Dickson (Eng); Assistant referees: Christophe Ridley (Eng), Anthony Woodthorpe (Eng); TMO: Stuart Terheege (Eng); Citing Commissioner: Beth Dickens (Sco). Karl Dickson started in rugby as a player, competing at scrum-half. Dickson played for Bedford Blues and Harlequins before announcing his retirement in 2017.  Through the London Society of Referees he made his refereeing debut at the Reigate School 7s in March 2014 and since then has taken charge of a range of matches including schools, club juniors, sevens as well as local and national league clubs. He made his Six Nations referee debut in the 2022 tournament when he took charge of Scotland v France. We wish him well today.

A warm congratulations to Gordon Condell of Clondalkin RFC who was recently elected President of the Leinster Rugby Referees at our Annual General Meeting. Gordon has been a long time referee, coach, assessor, area representative and has put in a huge amount of work over a number of years with referees and players in his club and local area. We wish him well in his coming season. He will be ably assisted by Senior Vice President Tom Tuohy and Junior Vice President Martin Farrelly.

ACME Whistles have been manufacturing and selling many different types of whistles from dog whistles to football whistles and many more since 1870. As part of this great sponsorship, the referees of the Leinster Schools Junior and Senior Challenge Cup games were presented with inscribed ACME whistles as a memento of their day.

Brian MaNeice has been appointed to be TMO for both Argentina v Scotland tests this summer. Brian continues to be a TMO at the highest level and we wish him well on this great appointment. Also congratulations to Berney White who refereed the 2022 Towns Cup Final between Ashbourne and Kilkenny. He was assisted by Ian Thompson and Ian Hayes.

With only a few weeks left in the season we are immensely proud of the work that has been put in by referees at all levels this season and look forward to moving onwards in the 2022/23 season.