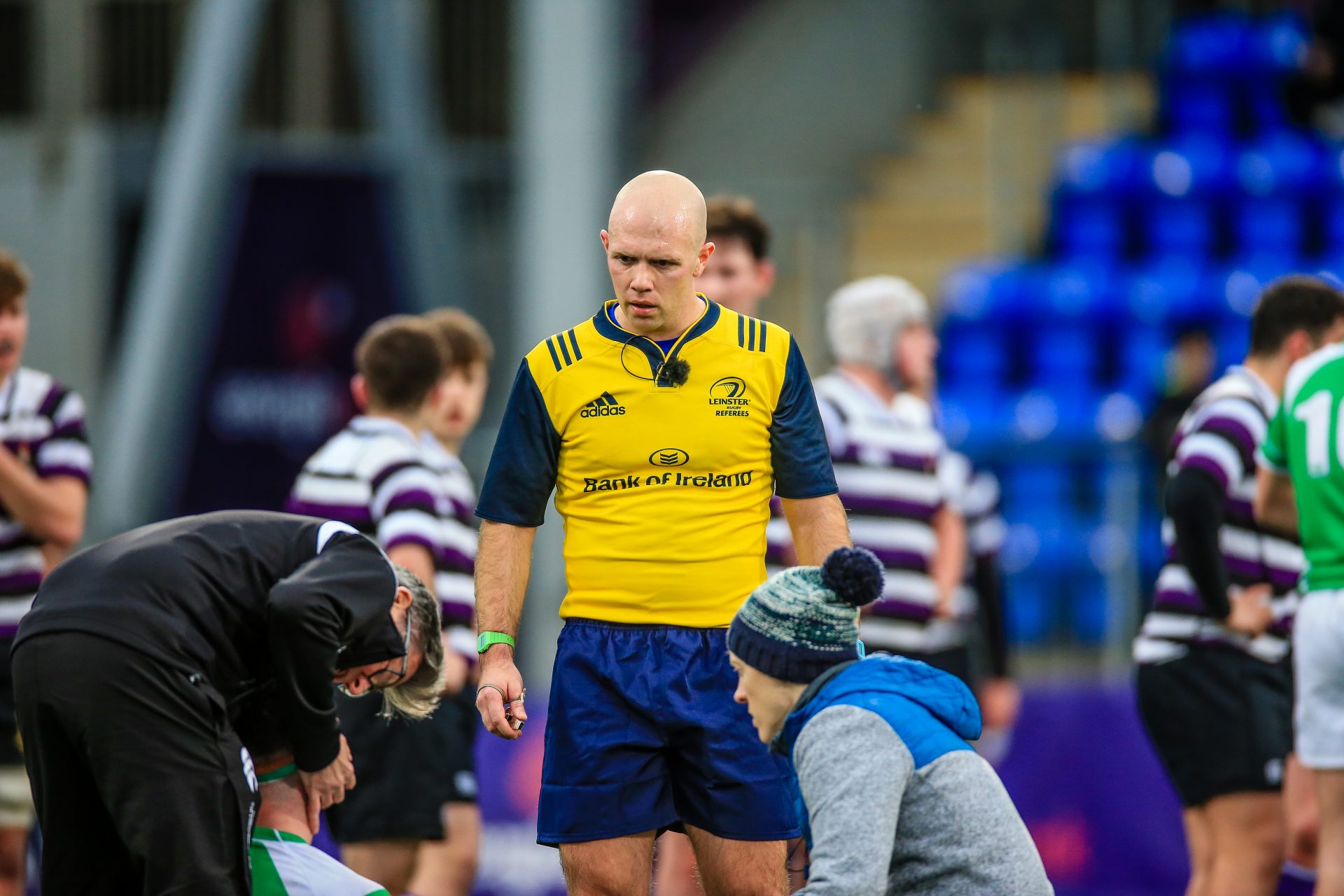 Welcome to another season. Hopefully this year will be a lot different to last. Our referees are delighted to be back on on the pitch refereeing, as I am sure the players are to be playing. We were delighted to see 13 of our referees in this seasons IRFU National Panel. Our Leinster Referee Development Officer Seán Gallagher has retired from refereeing and we wish him continued success in his role with the IRFU. Leinster Rugby Referees are immensely proud of the contribution that Seán has made to our organisation and refereeing as a whole. The referees included are:

The IPAS referees for this season are Robbie Jenkinson, Kevin Beakey and Katie Byrne. IPAS allows referees from all the provinces to officiate at a selected number of games across the country. Collated assessments from these games will determine who will be promoted from the provincial ranks to referee at national league level.

We had an excellent annual seminar in August, held online and facilitated by Sean Gallagher and Sam Holt. The main discussion point for the season was the new World Rugby Global Trial Laws. There was a lot to take in, and you will notice these coming into play at tonights game. So what are they?

Well, the following global law trials apply to competitions beginning on or after 1st August 2021.

This is designed to encourage the defensive team to put more players in the backfield, thereby creating more attacking space and reducing defensive line speed.

The idea here is to encourage variety in attacking play close to the goal line and to increase ball in play time by replacing a scrum with a kick that must be taken without delay. An opportunity for counter attack is also created.

The intention is to reduce the number of events where the ball carrier and multiple support players are in contact (latched) prior to contact, and to protect the tackler who can be faced with the combined force of three opposing players.

1-player pre-latched
To recognise the potential for 1-player pre-latching prior to contact, but this player must observe all of the requirements for a first arriving player, particularly the need to stay on their feet.
The intention here is to be more consistent in the management of the 1-person pre-latched player.

Cleanout and the safety of the jackler

To introduce a sanction for clean outs which target or drop weight onto the lower limbs. The idea here it to reduce injury risk to the player being cleaned out.

Want to know more? There are some great videos on the World Rugby website which cover all these new trials. https://www.world.rugby/the-game/laws/global-law-trials