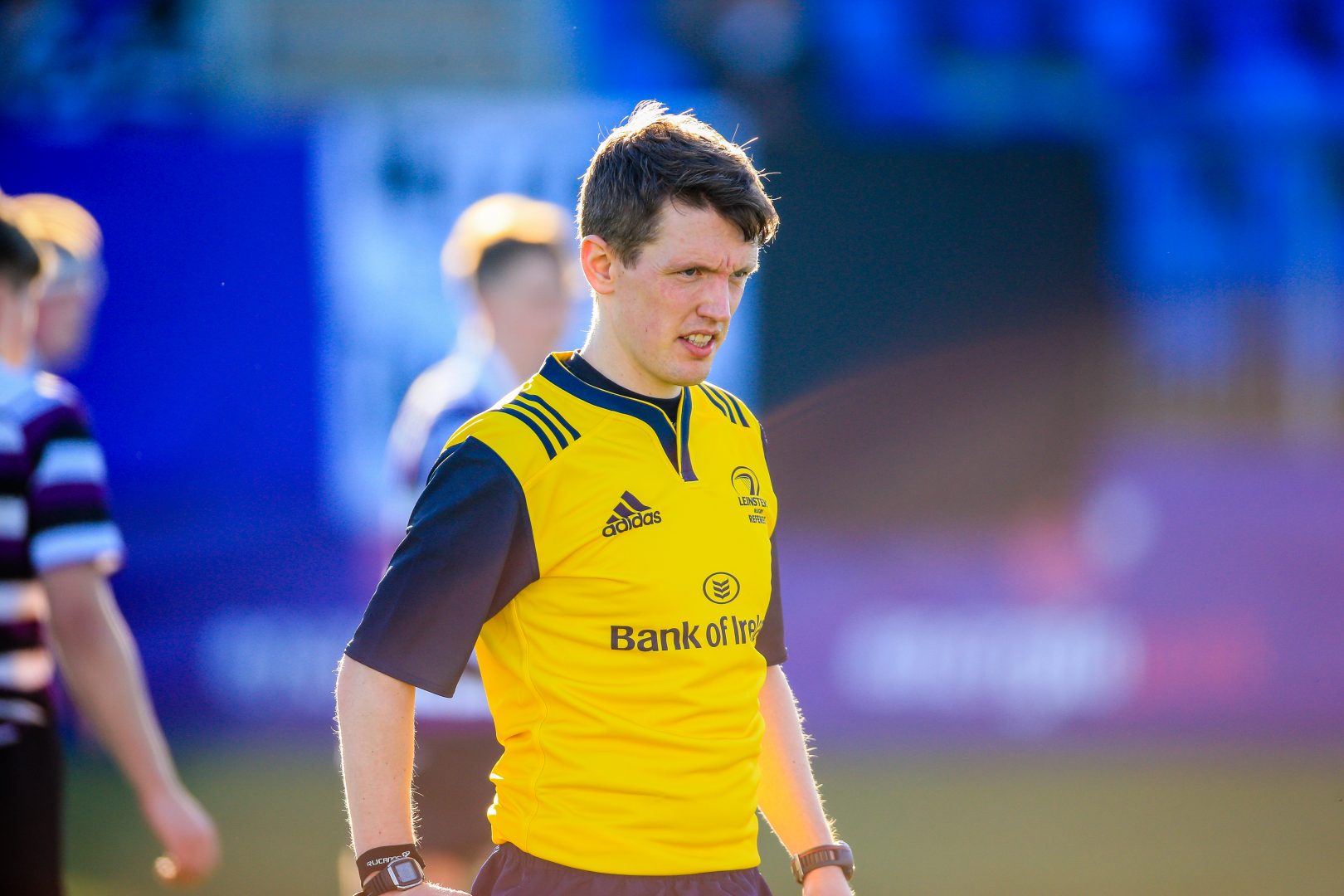 A warm welcome to today’s match officials for this mouthwatering encounter with Edinburgh. Our refereeing season is well and truly underway, and it is great to see so many appointments being fulfilled at all levels. Our season kicked off with our annual seminar held in St Mary’s College RFC in August, hard to believe it was two months ago. Thankfully we had excellent traffic management under the stewardship of James Fegan to help pack our 170 plus referees and assessors into Templeville Road. The day covered a number of interesting topics, including a presentation from the IRFU on refereeing standards and focus areas for the season and another superb presentation on how the Leinster Rugby Referees are going to operate in the future, including an explanation of a new Panel System for referees.

The following week over 30 new referees joined us in Terenure College for our first Recruits course of the season. Thanks go to Sean Gallagher, Sam Holt, Gary Glennon and Audrey Fulham amongst others for their excellent presentations and guidance to our new referees. We look forward to seeing them on the pitch in the coming weeks like Des Dempsey (Wexford) and Mark Hynes (Arklow) who recently passed their trials.

Mark started refereeing one year ago after playing rugby with Arklow RFC. He began my playing career at the age of 6 and after hanging up the playing boots at 34 he wanted to stay involved. Refereeing is something he always wanted to give a go and he is delighted he did. He believes that you get a different type of enjoyment refereeing & a different way of looking at games. The towns cup is very close to his heart, never got to a final but maybe he will get to referee one. Des has played rugby from under 12 up to senior AIL, and has the unique honour of captaining both Wexford and Enniscorthy rugby clubs in the past, as well as playing with the Leinster Juniors. He is currently manager of the South East Boys U16 team development squad. He first became interested in refereeing 3 years ago when he was asked to referee some under age games and he felt it was also about putting something back into the game that has given him a lot of pleasure over the years. We wish them both well. Keep an eye on our website for future recruits courses.

We would also like to congratulate Stuart Collier who was a recent reward recipient in the South East for his commitment to refereeing having refereed multiple youths and underage games last season. After playing rugby for about twenty years and then coaching some youths and mini rugby, refereeing was one angle of the game that Stuart had never really looked at or thought much about. In his own words, from beginning with refereeing some mini games at under 11s and 12s he found himself waiting for the next game to come along so he could improve on some decisions he made in the previous game and pick up on things he had been missing. He found this a bit like playing where you rarely if ever have the perfect game and there is always room for improvement and as a referee he found this no different with certain areas of your game to improve on every week. His ambition as a referee is to continue learning, try and improve with every game, enjoy what he is doing and hopefully help the teams he is refereeing along the way play good rugby and enjoy it.

Stuart began playing rugby in Kilkenny College and then with Co Carlow RFC, where he won three provincial Towns Cup medals and Promotion into the All Ireland league and played in Division four, Three and Two with Carlow. Indeed many of our referees come from a playing or coaching background.