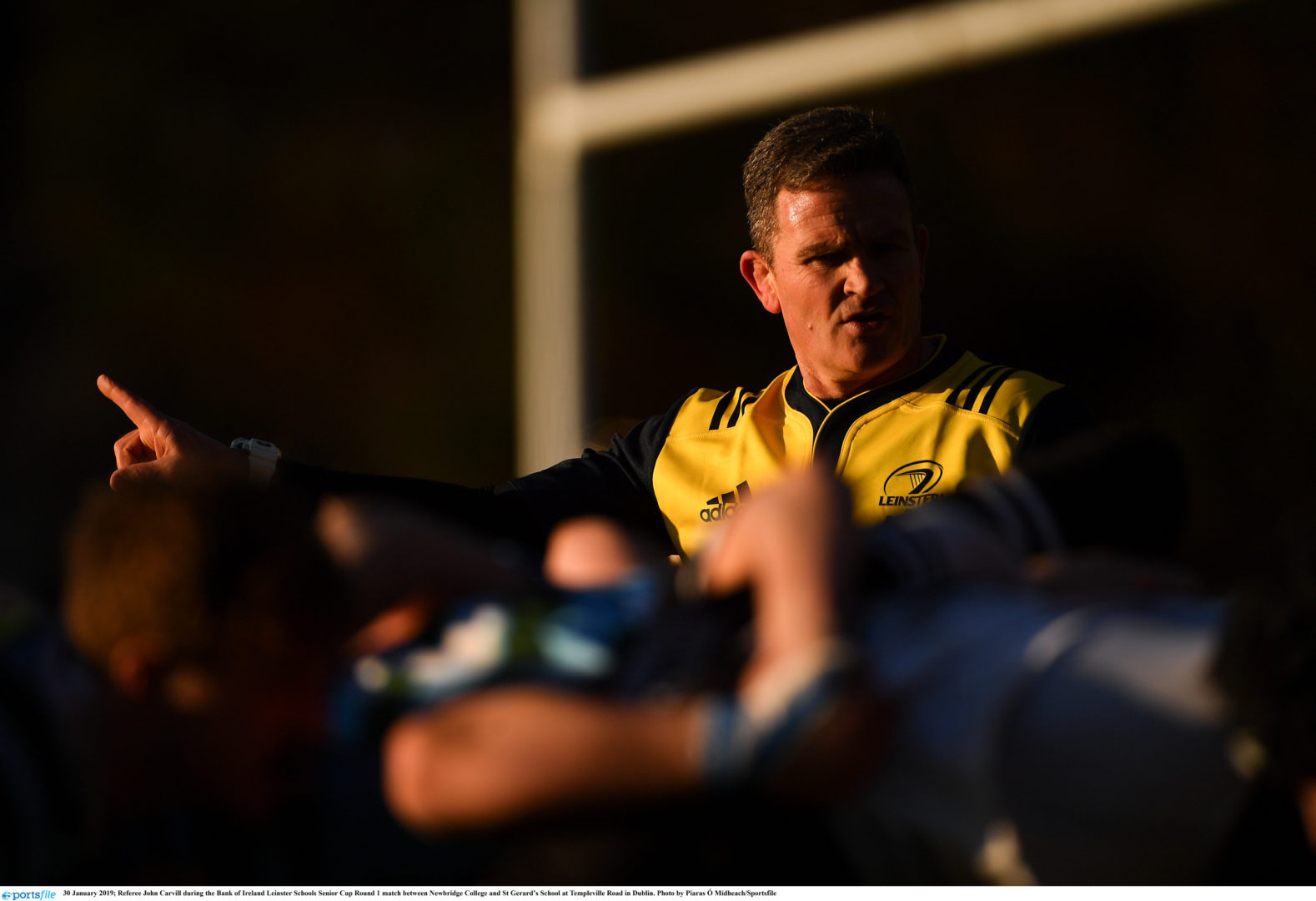 Rugby Union, especially since the advent of professionalism, has widened its appeal and can offer, to the select few, a rewarding career in professional and elite sport.

Playing as a career is the opportunity that many young players dream of – to be the next Leinster or Ireland great. But there are many other opportunities and one of those is refereeing.

The role of the referee in rugby allows for the referee to manage the game to prevent infringements rather than always penalising them.

At a local level, Longford RFC is one of the leading clubs in Leinster at producing referees for the domestic game.

David Pearse and Denis Madigan are two of the club’s departed members who refereed with distinction through the ’70s, ’80s and ’90s while Finbar Murphy officiated in the ’90s and ’00s.

My own introduction came in 2010. Having played and coached I decided to give refereeing a chance. Ten years on and my refereeing career has now exceeded my playing career and every game still brings the same anticipation and adrenaline burst it did in my playing days.

Longford currently has a total of four active referees – Shaun Cunningham has been involved in GAA coaching at Longford Slashers and county level and is in his fifth season, Thomas Lyons played for the club for many years and is also in his fifth season, our newest recruit is Cal Jones, who at 21 is our youngest referee and already in his third season.

All of us look after adult, schools and youth games in Leinster during the season so there is great variety from weekend to weekend as to the type of games to be refereed.

The induction, training and mentoring programmes to help new referees has developed significantly over the past number of years – there are clearly defined pathways to help develop everyone to the best of their ability as well as identify those who have potential to progress into the elite game.

Normally, there are monthly meetings, which all referees in the area attend. There will be a presentation at these meetings on a single topic by a senior referee and the opportunity to discuss games with each other.

This year, Covid-19 restrictions have prevented meetings from taking place but we were treated to a series of Zoom meetings with the country’s top referees, George Clancy, Joy Neville, Sean Gallagher, Andy Brace and Peter Fitzgibbon. This demonstrates the level of support available to both new and existing referees.

The amount of female referees coming through the system at the moment is heartening and there are many opportunities to get involved in both the ladies’ and men’s games.

So, could refereeing be for you? You will never know unless you try it, the younger you get involved, the better the chances to progress but a retired player can still progress to the National Panel (refereeing Energia All-Ireland League) or choose to limit games to just Youth rugby.

If you are in the Longford area and interested in giving refereeing a go or just having a chat about what it entails, please contact Longford RFC Referees Coordinator, Trevor McHugh on 0872532614.