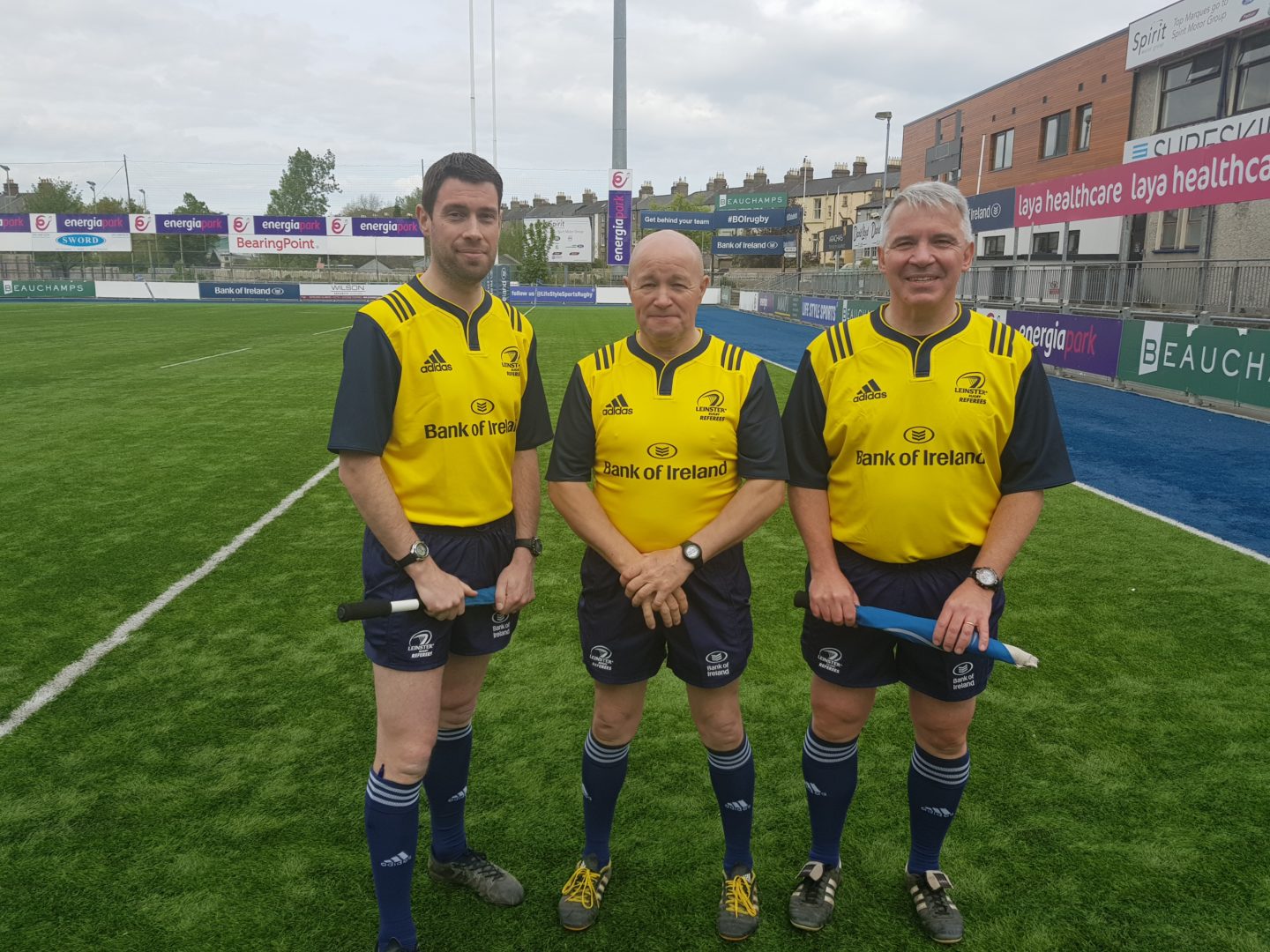 Paddy Curran retires today as an active referee in the ARLB. Under normal conditions the occasion would be marked with a leisurely match conducted at Paddy’s pace followed by an evening of reminiscing and tales from his refereeing career but this will probably not be possible with amateur rugby unlikely to return this season.

Paddy’s playing career started in Roscrea, he continued to play in England when he worked there and played again on his return to Ireland. Two of Roscrea’s refereeing legends Gerry Maher and Norman Carter (both who went on the become ARLB president’s) persuaded Paddy to take up the whistle in 2004 when there was nobody available to referee a youth’s game and he hasn’t look back since. He has continued to officiate games the length and breadth of Leinster, as many as 60 games a season for the next 17 years. He took on the role of Midland Area Rep in 2008 and recruited many new referees into the system. He worked to develop and mentor these referees as well as forging lasting friendships in his own inimitable style. His pre-match routines and 2 minute warm-ups will not be found in any World Rugby publications but they seem to have worked nonetheless !

Paddy took charge of numerous youth and adult final’s as well as many mini’s games at the RDS during Leinster matches but was equally as quick to offer his services as Touch Judge to any referee – new or experienced. His interest, passion and enjoyment gained from all things rugby underlines his commitment to the game and not just refereeing. The ARLB recognised this commitment when Paddy was awarded the Harold Ardill – Referee of the Year award in 2015.

On behalf of the Midland’s area and the whole refereeing community in Leinster we just want to take the opportunity to thank Paddy for his many years of service to rugby, refereeing, mentoring new referees and his work as the Midlands area representative.

We hope his interest and involvement in the game continues long into the future.