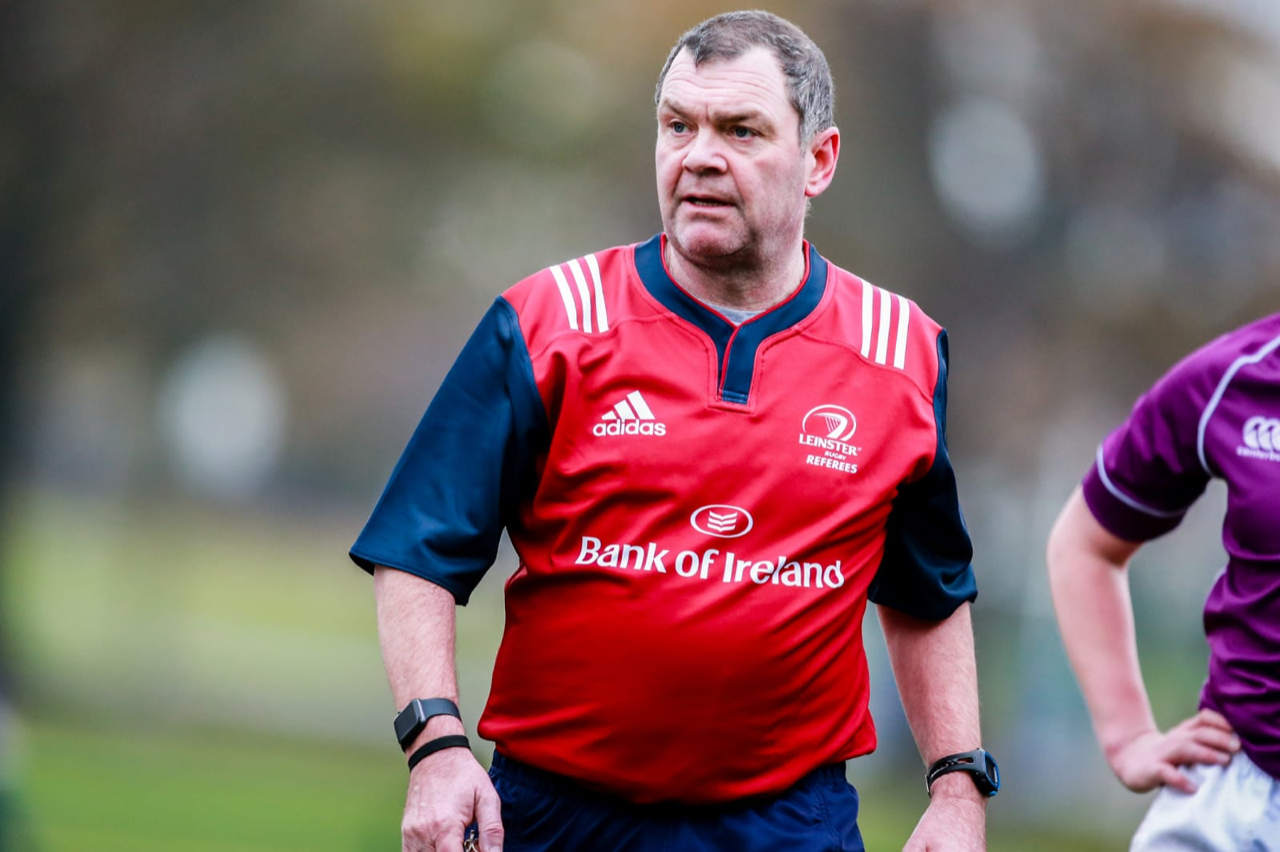 The Leinster Rugby Refereeing family, like any rugby club, has members from all walks of life, backgrounds, hobbies and skills. We’re lucky to have doctors, nurses, medics, firemen, police officers, pilots, soldiers and many more, that work in the front lines, protecting, caring for and supporting our country. Their hard, tireless work is even more evident in these weeks as we battle Covid-19 and work to Flatten the Curve and rid Ireland of this deadly virus.

One such person doing his bit is Joe Elliott, one of the many talented referees from Ashbourne Rugby Club. Anyone who knows Joe, knows that he is a great guy, friendly, helpful and unassuming. Joe is working to save lives, not in a hospital but in the air. Joe has in the last week or so flown twice to China to collect much needed PPE and medical equipment for our front line heroes in our hospitals.

Joe hails from Ashbourne Co Meath, married to Marysia and utilizes his refereeing talents at home with his 5 kids, 3 boys and 2 girls. He honed his talents in Ashbourne rugby club, home of some great Leinster rugby people, and also some great referees. Many believe that Kevin Beggs is the kingpin in Ashbourne, but I think we all know is it the lovely Helen O’Reilly, either way the club has given us many fantastic referees. Joe started refereeing in 2008, and had stopped playing a couple of years earlier but wanted to be involved in the game. For him it was also a great way to stay fit. A former front row player, he says he was very lucky to have great mentors in Declan Mahon and Kevin Beggs, in a club with a very strong culture supporting referees. Indeed Ashbourne have won the Referees Club of the Year on multiple occasions.

Joe describes being selected to referee any cup final as a great honour. He refereed the Anderson Cup final in 2014, which was a draw and then also refereed the replay so he had the pleasure twice that season! Another highlight of Joes is his first ever game which was a youth fixture. It was at the end of the season and the posts had been removed from the pitch. Both coaches agreed that their teams would run everything and the posts were not required! It was an early lesson in the fitness requirements for a new referee! Joe’s favorite referee? He enjoyed watching Wayne Barnes this season, he says has developed his communication skills which gives great clarity when he referees for both players and spectators. Refereeing for Joe has been a great way to stay involved with the game and play an active part. He says that while you are refereeing alone much of the time there is great camaraderie through local area groups and the ARLB.

So what about the day job and spending the last week to and from China? A veteran of 30 years, Joe joined Aer Lingus as an apprentice aircraft mechanic in 1983. Aer Lingus has a great record of selecting engineers to train as pilots and he was lucky enough to be accepted as a cadet. All bar one year of this time has been spent with Aer Lingus, when spent one winter on leave flying with an airline in Pakistan, which was a great experience to see a different part of the world and a different culture. Joe is currently a captain on the A330 fleet, and I can vouch that he is an excellent pilot, as he has flown me to the states on many occasions. I do mention to him that I once missed the Lions play the Emerging Springboks as the flight was delayed and Joe was the pilot, he blames ATC, and I’m sure it is time I forgave him.

The satisfaction of completing a flight safely, getting each passenger to their destination is one of Joe’s favorite things about flying. The first “big plane” he flew was the Boeing 737-200 so he will always have a soft spot for it. As for a favorite destination, he loves Chicago as a city so he always enjoys flying there. He has flown many famous people over the years and has had the pleasure of flying the Irish team a few times which is great.

Obviously the outbreak of Covid 19 has affected everyone around Ireland and Aer Lingus and the airline industry are no different. Obviously the airline industry has been affected by the travel restrictions and air travel has reduced dramatically. The restrictions are necessary to save lives and hopefully we will come out the other side soon. Aer Lingus has undertaken to fly essential supplies on behalf of the HSE from China to Ireland. They are using the A330 aircraft which has the necessary range and capacity for this. All of the A330 pilots, including Joe, will be involved.

Joe says that it has taken a massive team effort from everyone in Aer Lingus to set up this operation. Every department and area was involved and it was a great achievement given the short timeframe. There are 5 pilots on each crew and the plan is for up to 5 flights a day to China during the coming months. The flight time is similar to a West Coast USA flight so 10 hours to Beijing and 11 back. The aircraft is scheduled to be on the ground for approximately 4 hours. This allows the loading of the cargo both in the holds and in the passenger cabin. A quick turnaround and a long day’s work for Joe and the crew.

On behalf of everyone in Leinster Rugby, we thank Joe, his Aer Lingus colleagues and Aer Lingus for their tireless work to bring supplies to Ireland. We are immensely proud of him and all our referees, working to make Ireland safer in these times. Thanks to Joe for his time and help in putting this article together and we wish him safe travels to and from China. Not all heroes who fly, wear capes!!!