The Metro Referees were delighted to welcome Marius van der Westhuizen to their meeting on Tuesday night. Marius was in Dublin to take charge of the Ireland v Canada game.

Marius was great, and answered some questions in a thought provoking way.  For instance, when asked about maintaining concentration on the pitch, he talked about just focusing on the “next good decision” and not getting caught up in what had gone before. 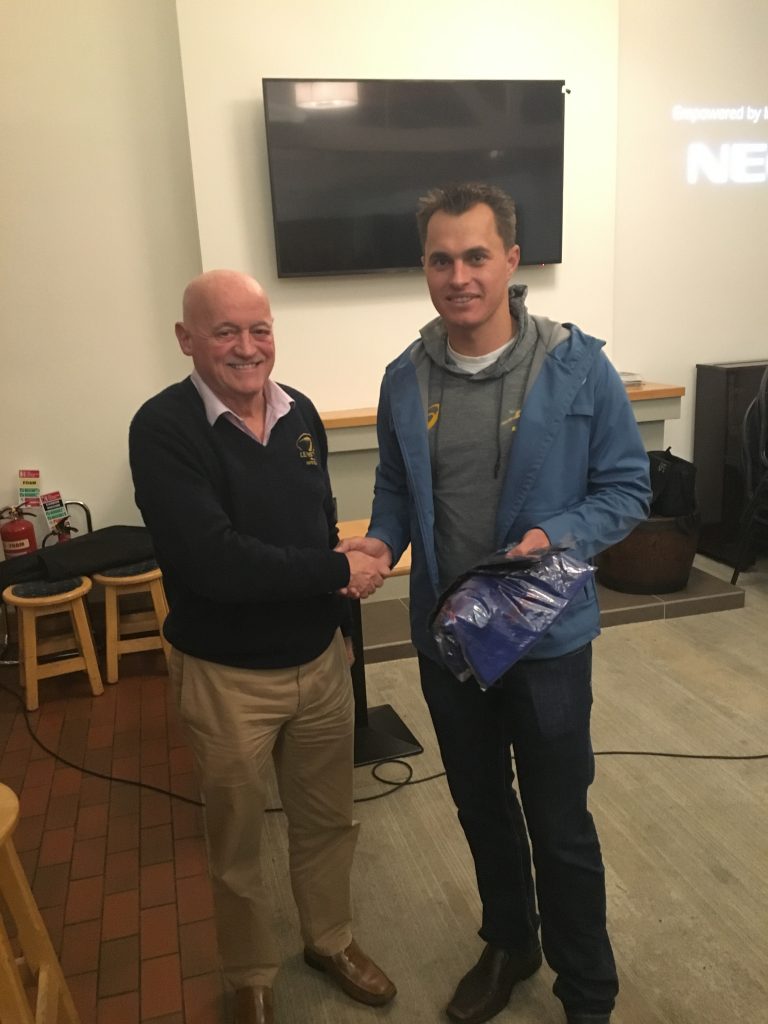 When his training schedule allows, he still seeks out, and looks forward to, refereeing U 13 matches, which he treats with the same respect as a test match.  “For the players, it is every bit as important as a test match is to the test players.”  He also  uses U-13 matches to consciously work on minor tweaks to his own game, and experiment a bit, since the speed of top level rugby does not allow the time to do so.