This article appeared in the Zebra Match Program

What another great year for Leinster Rugby Referees. It is great to get the Christmas and New Year celebrations over and done with for another year and get back into some refereeing, although some of our referees have been in action over the festive period. We’re half way through our 2016/17 season and already a number of new referees have passed their trials and embarked on a new refereeing career. Our organization is continually growing learning and improving and we look forward to 2017, and delivering more top quality referees and assessors to Leinster and the world. 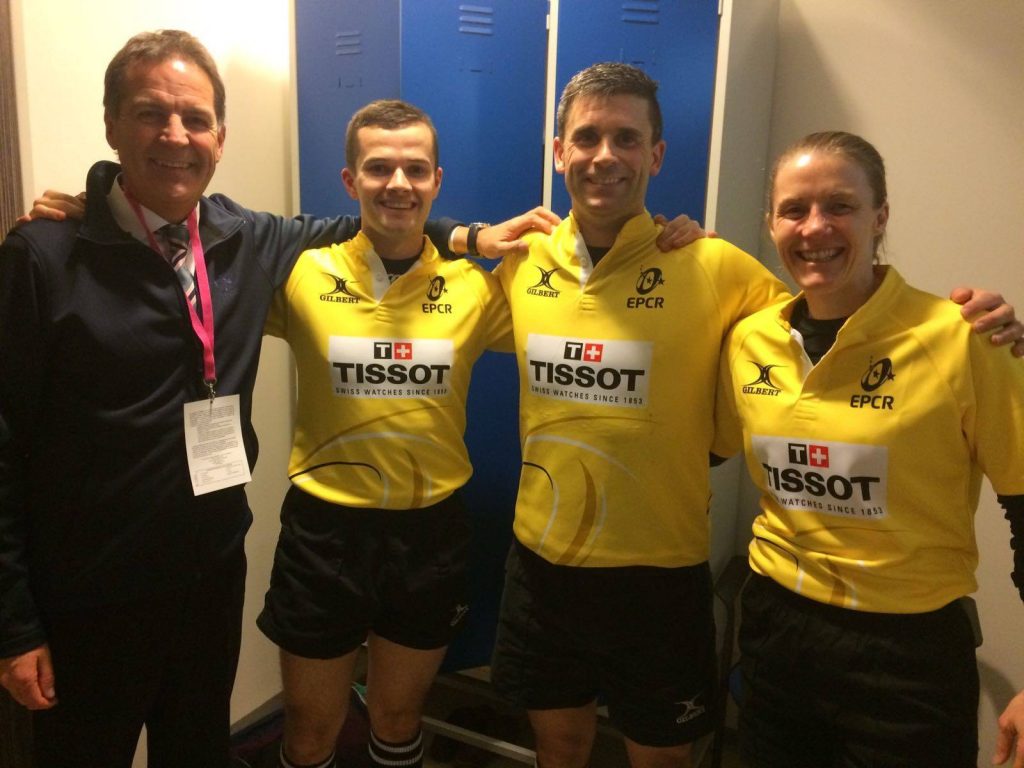 None of this would be possible without the hard work and leadership of our executive committee, the management and sub-committees especially President David MacDonald, Mark Power, Simon Owens, Denis Collins and of course the area representatives – Graeme Douglas, Brendan Conroy, John Dunne, Simon Porter and Thomas Keating among others.

One of the first things most referees look forward to after the Christmas period is the Leinster Schools Senior and Junior Challenge Cups. The draw in December kicks this off, but it is the selection of referees that is greatly anticipated. Refereeing a schools cup game, be it in Donnybrook, the RDS, or any other club in Leinster is one of the highlights or any referees career. It is such a fantastic competition, steeped in history and always an emotional occasion for all involved. This year the final was refereed superbly by Dermot Blake. Dermot is a member of the IRFU National Panel for over 5  years and has represented the Leinster Rugby Referees both at home and abroad. Dermot was assisted by Paul Haycock and Brian Montayne. Simon Owens and Mark Power were the 4th and 5th officials , Kevin Beggs was in the TMO box and Tom Aplin was the match assessor. For the Junior Cup final there was a team of five in place. Gary Glennon was the referee for the game between St Michaels College and Blackrock College, with Chris Reynolds and Bernie White on the line. Susan Carty and Kevin Bolger were 4th and 5th officials.

The Six Nations kicked off in February and we were delighted to see Donal Courtney heavily involved in the assessing of match officials. Helen O’Reilly refereed Scotland v France in the Womens Six Nations and had a superb game. 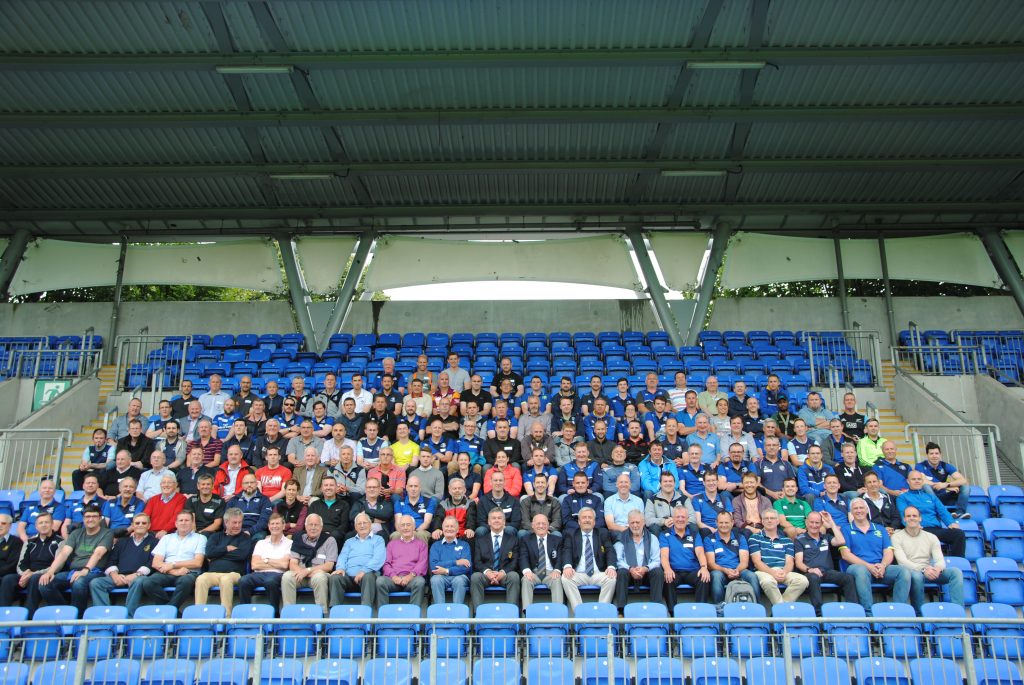 In March a great tribute was made to George Clare on his retirement as a Leinster Branch Referee. George refereed his last match which was the Leinster League clash between Balbriggan and Athy. A great number of referees and officials were in attendance to pay tribute to George, who has given many years of service to the game of rugby, and we are truly thankful to him for this.

Also in March, Irish and Leinster former international referee Alain Rolland was appointed as World Rugby’s ‘High Performance 15s Match Officials’ Manager’. He replaces Frenchman Joël Jutge, who decided to stand down after four successful years in the role.
The annual dinner of the Leinster Rugby Referees is the highlight of our somewhat limited social calendar and is always a great event. This year it took place in Wanderers FC on Saturday April 16th  and was hosted by Leinster Rugby Referees President Wayne Sheridan of  Old Wesley RFC. A large gathering of provincial presidents, referees, assessor’s guests and friends attended the evening which was organised by the Referees Administration committee under Simon Owens which was attended by IRFU President Martin O’Sullivan and Leinster Rugby President Robert McDermott .

On the night our much anticipated annual awards are handed out. This year’s winner of the Lieftime Achievement was Brendan Jenkinson of Terenure College RFC.  Brendan Conroy from Athy RFC won the Harold Ardill Referee of the Year award. This year’s recipients of the Terry Doyle Memorial Award for Club of the Year were Terenure College RFC, coincidentally Terry’s own club. The final award that is handed out is the Alain Rolland Referee Performance of the Year which was won last year by Dermot Blake.

At the end of last season or in April, David MacDonald of Seapoint was elected President of the Leinster Rugby Referees. In accepting the Presidency David said “I am honoured to be elected President of the Association of Referees Leinster Branch for 2016/17.  This honour is magnified by my appreciation of my own mediocre career on the pitch.” He is of course doing a great job.

The new season kicked off on the golf course rather than the rugby pitch. On August 25th we held the combined Leinster Rugby / Leinster Rugby Referees golf outing in Milltown Golf Club. There was a great win for John ‘Monty’ Montayne at with 40 points, winning the Brindley Cup. Tim Townend went home with the Active Referee Dolan trophy. Dan Wallace was nearest to the pin with a superb 8 iron draw shot that stopped like a fly hitting a windshield and Ciaran McGowan hit the ball the furthest on the day.

The season kicked off with our annual seminar on August 21st in Old Wesley RFC’s splendid new clubhouse. 180 plus referees attended the day,our largest attendances to date showing the increase popularity in refereeing within Leinster and the excellent work done by the IRFU Recruitment officers and area representatives. In October Helen O’Reilly’s was appointed  to officiate between New Zealand and Australia in women autumn series down under. Helen has continued to build on her reputation as a quality referee and we wish her the very best of luck with the rest of the season.

The Metro Referees were delighted to welcome Marius van der Westhuizen to their meeting in Novermber. Marius was in Dublin to take charge of the Ireland v Canada game.

So a pretty busy year as we contine to build on our reputation as one of the finest Referee Associations in the World both on and off the pitch. Have you got what it takes? The Leinster Referees always need more referees and opting to become one may be the best decision you’ve made for a long time. We are running a new referees course in January, details at www.arlb.ie. Feel free to make contact with the Leinster Rugby Referees at denis.collins@leinsterrugby.ie or contact by phone Denis Collins at 01-2235107 or David O’Brien at david.obrien@irfu.ie