This article appeared in the Edinburgh Match Program

A warm welcome to today’s match official Marius Mitrea from the Italian Rugby Federation and his assistants Andy Brace, the experienced Leo Colgan and of course Dermot Moloney in the TMO box, from the Munster Association of Referees. We hope you receive a warm welcome and enjoy your Friday night in Dublin.

The annual dinner of the Leinster Rugby Referees is the highlight of our somewhat limited social calendar and is always a great event. It will take place in Wanderers FC tomorrow night Saturday April 16th  and will be hosted by Leinster Rugby Referees President Wayne Sheridan of Old Wesley FC. A large gathering of provincial presidents, referees, assessors guests and friends will attend the evening which was organised by the Referees Administration committee under Simon Owens. 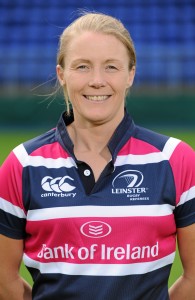 Leinsters Helen O’Reilly has made rugby history by becoming the first female to officiate in the Guinness Pro12. Helen ran the line on Friday 25th March in Munster’s game with Zebre at Thomond Park. Last year Helen became the first woman to officiate a UBL game and also refereed at the Women’s Rugby World Cup. Helen , who has risen swiftly through the ranks and was appointed to the Irish Rugby Football Union’s national referee panel in December 2014. A referee breaking new ground in the game of rugby, she has previously refereed at the Women’s Rugby World Cup and in Ulster Bank League matches in Ireland which is a level below the Pro12.Her appearance on the line in Munster’s 47-0 thrashing of Zebre means she is now one step closer to taking charge of a game in the cross-border competition. 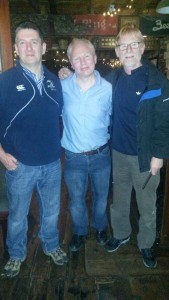 At the recent AGM of the North Midlands Area Referees Association Brendan Conroy stepped down as area rep after serving two terms in the position. Brendan is and has always been a proud Athy club man and has brought great honour to the club in his role. This was a demanding role, as is the role of every area representative, which Brendan accomplished with what seemed great ease. Brendan stepped down after his initial term in office and was replaced by Ronnie McCann, whom he subsequent replaced for his second term. This year so far Brendan has appointed 96% of all requested games this equates to 486 matches of which Brendan refereed 35 games himself. We are very proud of and grateful to Brendan, and wish him all the best for his future plans. John Dunne was elected the new North Midlands are rep at their recent meeting.

Concussion in rugby remains a hot topic. The IRFU have released a series of videos covering concussion. These videos are to assist SENIOR AND JUNIOR PLAYERS, COACHES, REFEREES and FAMILY MEMBERS to understand the importance of recognising and properly managing players with concussion. You can download the IRFU Guide to Concussion STOP-INFORM-REST-RETURN on the IRFU website or view the REFEREE video on our website.

Do you think you have you got what it takes to be a referee? The Leinster Referees always need more referees and opting to become one may be the best decision you’ve made for a long time. Feel free to make contact with the Leinster Rugby Referees at denis.collins@leinsterrugby.ie or contact by phone Denis Collins at 01-2235107 or David O’Brien at david.obrien@irfu.ie