This article appeared in the Munster match day program

Welcome to another high quality edition of referees corner and of course one of the great clashes in modern rugby – Leinster v Munster. Welcome to Ian Davies from the Welsh Rugby Union and our colleagues from the Ulster Society Mark Patton and David Wilkinson who are his assistants.  Our own Michael Carroll is assessing.

The dust has settled on the Bank of Ireland sponsored Leinster Schools Senior and Junior Cups. Well done to Belvedere College and Blackrock College on great wins. Of course these great finals could not have happened without some great refereeing. There was a team of seven involved in the Senior Cup Final in the RDS. Congratulations to Dermot Blake on a fine game and a well-deserved appointment. 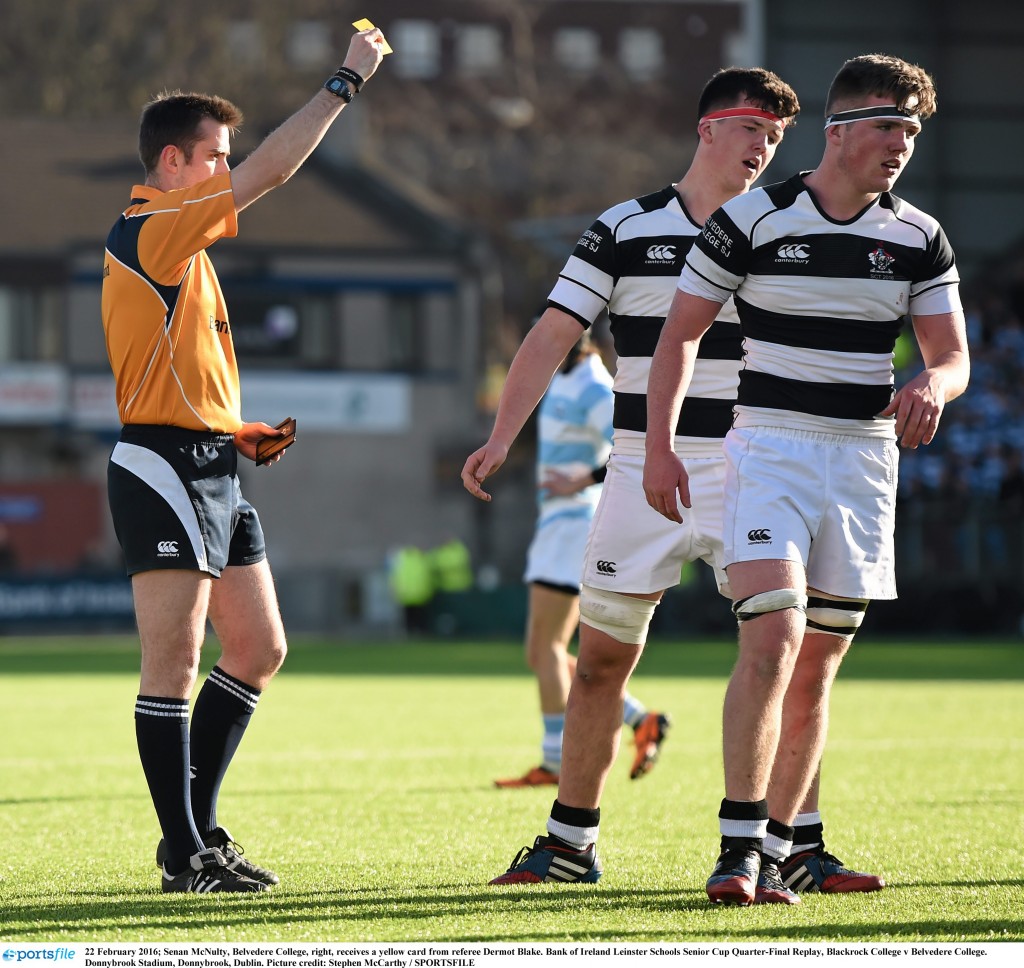 Dermot was assisted by Paul Haycock and Brian Montayne, Simon Owens and Mark Power were the 4th and 5th officials , Kevin Beggs was in the TMO box and Tom Aplin was the match assessor. For the Junior Cup final there was a team of five in place. Gary Glennon was the referee for the game between St Michaels College and Blackrock College, with Chris Reynolds and Bernie White on the line. Susan Carty and Kevin Bolger were 4th and 5th officials.

A great tribute was made to George Clare on his retirement as a Leinster Branch Referee. George refereed his last match recently which was the Leinster League clash between Balbriggan and Athy. A great number of referees and officials were in attendance to pay tribute to George, who has given many years of service to the game of rugby, and we are truly thankful to him for this. After the match, presentations were made to George. President of Balbriggan RFC David McFadden made a presentation on behalf of Balbriggan RFC. This was followed by a presentation by Seamie Briscoe on behalf of the clubs of the Northeast. 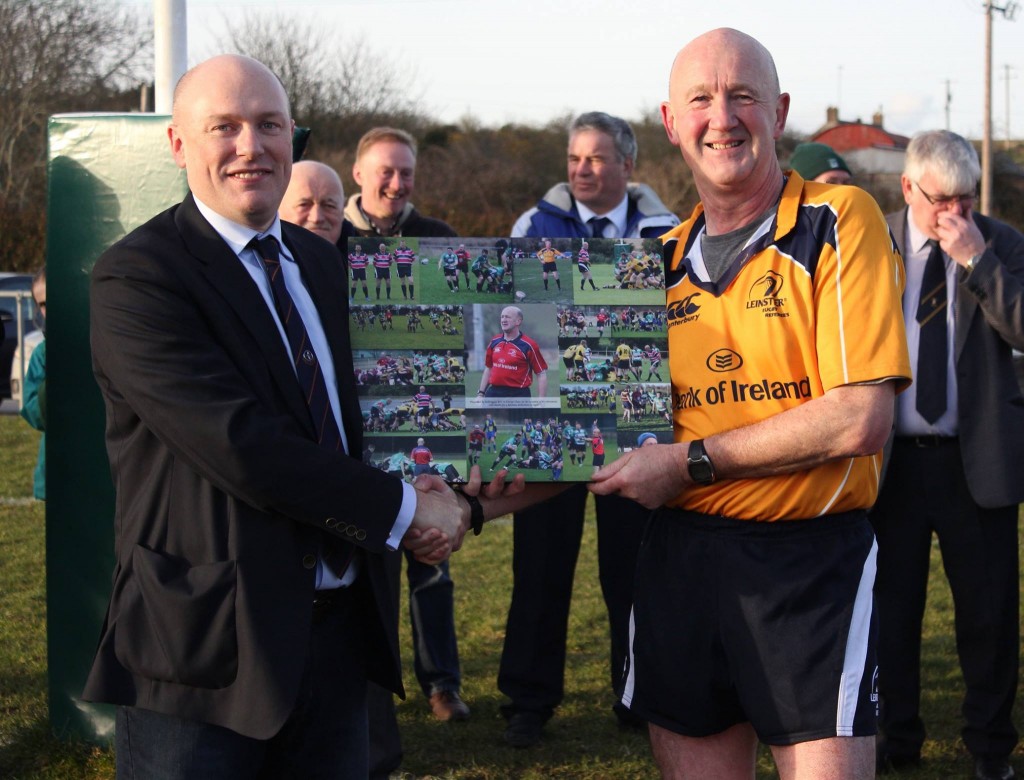 Finally the Vice-President of the Referees of the Leinster Branch David McDonald also made a presentation to George. George has refereed Balbriggan matches many times over the years. Thank you George for all you have done for the game of rugby, and we wish you well on your retirement. Incidentally George stepped in to referee an UBL  game at Suttonians five years ago with a minutes notice when Gareth Dunlops knee gave up. Not a problem to him and he received his IRFU jersey some days later.

During an illustrious international career that started in 2001, Rolland refereed a total of 66 tests, including two Rugby World Cup quarter-finals (2003 and 2007), one semi-final (2011) and the 2007 final between England and South Africa in Paris. A former scrum-half, who was capped three times for Ireland, Rolland also took charge of three European Cup finals (in 2004, 2013 and 2014) while his final international was the RBS Six Nations 2014 clash between Wales and France in Cardiff.

Since retiring as an active referee, Rolland has been working closely with the competitions and performance department of World Rugby as a consultant and, during Rugby World Cup 2015, assisted tier two teams in identifying ways to reduce unforced errors, successfully ensuring an improvement in those teams’ on-field discipline and contributing to the most competitive Rugby World Cup ever.

We were delighted to welcome Canadian International Referee Sherry Trumbull to the recent Metro Area meeting. Sherry gave a great insight into her refereeing career and conducted a Q&A session with the referees present. She was in town to officiate at the Ireland v Italy women’s international. 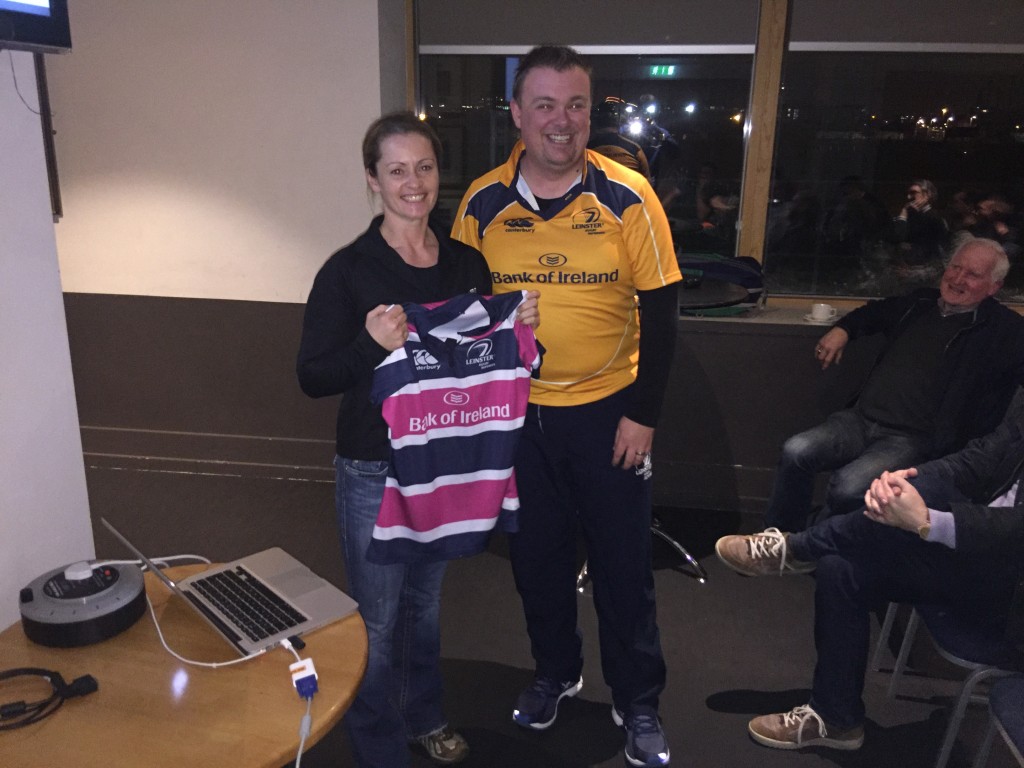 Have you got what it takes to be a referee? The Leinster Referees always need more referees and opting to become one may be the best decision you’ve made for a long time. Feel free to make contact with the Leinster Rugby Referees at denis.collins@leinsterrugby.ie or contact by phone
Denis Collins at 01-2235107 or David O’Brien at david.obrien@irfu.ie