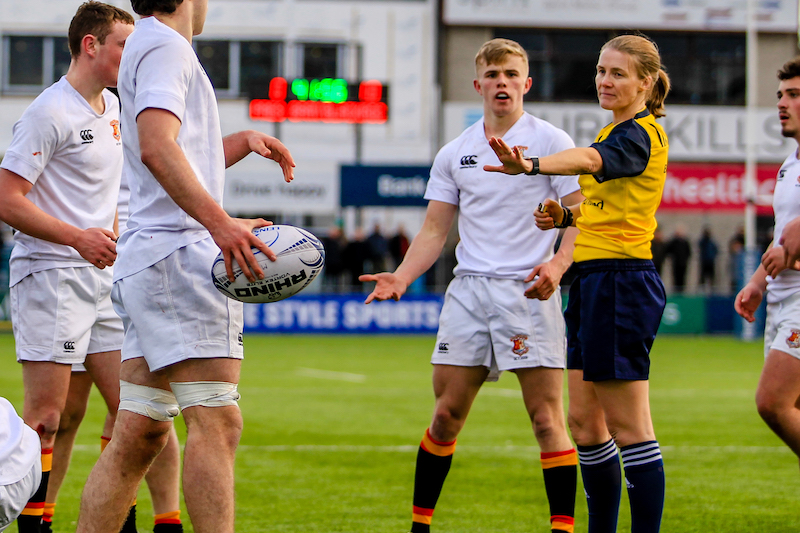 We would like to extend our warmest wishes to Helen O’Reilly after she announced her retirement at the weekend following her last outing in Energia Park. Helen has been a trail blazer for women in refereeing and amassed 24 International caps in her career. She also refereed the Semi final of a World Cup, and was the first woman to be appointed to the IRFU national panel. Helen is one of the few women to have officiated at both Pro 14 and European level.

She is a member of Ashbourne Rugby Football Club and joined the Leinster Rugby Referees in 2011. After joining she quickly moved through the ranks and regularly officiated at Junior 1 and Senior Level across the province. Helen first played rugby for 10 years having become interested in rugby in the late 90’s after travelling in Australia and joined Ashbourne RFC upon her return to Ireland in 2000. Helen played with Ashbourne as outside centre for five years, before moving to St Marys RFC in Templeogue.

We congratulate Helen on a wonderful career.